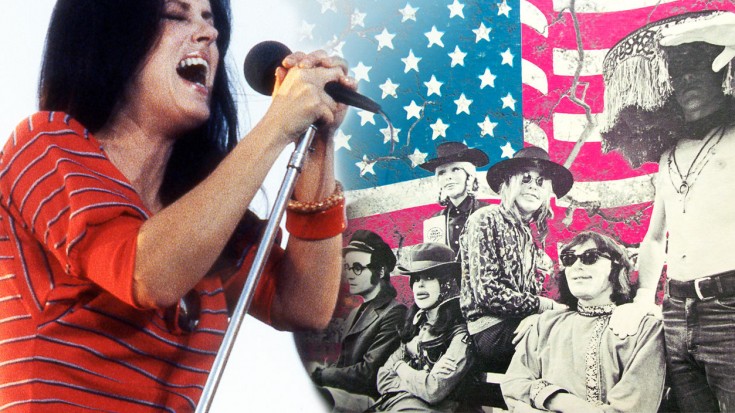 What began as inspiration gleaned from noisy trashcans outside of Jefferson Airplane vocalist Marty Balin’s home, ‘Volunteers’ later became a song in protest of the war in Vietnam once placed in the hands of guitarist Paul Kantner. It’s a rowdy, blues-infused thrasher of a tune, meant to convey the collective anger of a generation sucked into a war it didn’t believe in and dying for a cause that didn’t make any sense to them.

Jefferson Airplane released ‘Volunteers’ as part of their 1970 album <emVolunteers, and while it never actually charted, it’s become a must-listen for classic rock fans everywhere!

Volunteers was the last album the band recorded before massive personnel changes altered their original sound, which was psychedelic rock.

I love ‘Volunteers’ because of the song’s ambiguity. It may seem pretty clear, but it doesn’t necessarily have to be about raging against your government’s machine; it could also be about making a conscious choice to be happy in a world that is increasingly becoming dark, too!

Regardless of the song’s connotation, it’s a great piece of a great psychedelic band and it’s one of the last true psychedelic songs we’d ever hear from Jefferson Airplane. As far as send offs go, I’d say this is a pretty good one!