Jeff Bridges Revisits The Big Lebowski Days With Surprise Performance Of “The Man In Me”! 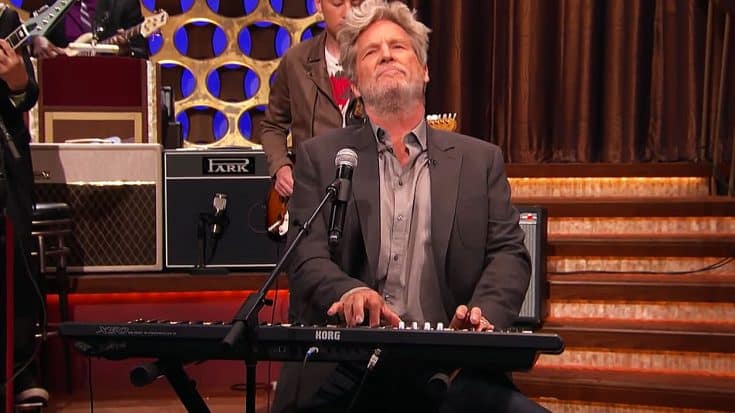 Jeff Bridges Takes Us To Church!

If you haven’t seen The Big Lebowski yet, you’re missing out, like big time. This movie is a cult-classic and is a treasure to movie fans all over the world, and it stars one of the all time greatest actors cinema has ever known, Jeff Bridges. Not only is he a phenomenal actor, he is also a phenomenal musician with an amazing set of talents you may have never known he had.

Then again, to tell you that Jeff Bridges is a talented man is just repeating information that you already knew. That being said, it’s rather rare that Jeff Bridges performs music, let alone on live TV. Still, when he does, you better tune in, because it’ll be something you won’t wanna miss. For example, this performance here.

What you’re about to watch is a video in which the aforementioned Jeff Bridges takes to the stage during Conan O’Brien’s late night show to perform Bob Dylan’s iconic hit The Man In Me from The Big Lebowski. Jeff Bridges absolutely steals the show in this performance. Don’t believe me? See for yourself!