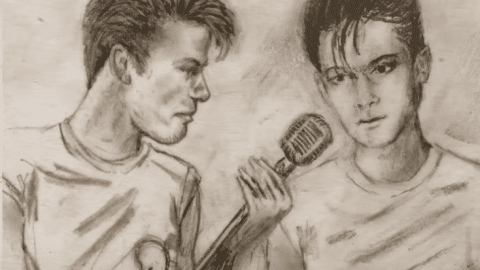 Jeff Beck and Johnny Depp have recently released their cover of the Velvet Underground’s classic “Venus in Furs.”

Beck and Depp’s rendition of Lou Reed‘s “Venus In Furs” which originally appeared on the 1967 album The Velvet Underground & Nico, will be a part of their collaborative album 18. The upcoming record will feature 13 tracks and is set to release digitally and on CD on July 15, followed by a vinyl edition on Sept. 30.

The duo first worked together on the Hollywood Vampires’ Rise album in 2019. Beck was the guest artist on the album by a band formed by Depp, Alice Cooper and Joe Perry in 2012. Since then, the pair started a musical partnership that led to several projects, including a cover of John Lennon’s “Isolation,” which they previously released as a studio recording in 2020 and will also be included in the upcoming album.

Beck said upon the announcement of the new LP:

“When Johnny and I started playing together, it really ignited our youthful spirit and creativity. We would joke about how we felt 18 again so that just became the album title, too.” He added: “I haven’t had another creative partner like [Depp] for ages. He was a major force on this record. I just hope people will take him seriously as a musician because it’s a hard thing for some people to accept that Johnny Depp can sing rock ’n’ roll.”

There is also some original music from Depp included on the album such as “This Is a Song for Miss Hedy Lamarr.” The duo have also added their covers of the Beach Boys’ “Don’t Talk (Put Your Head on My Shoulder)” and “Caroline, No,” Motown’s “What’s Going On” and “Ooo Baby Baby” and many more. Stream the newly released song below.