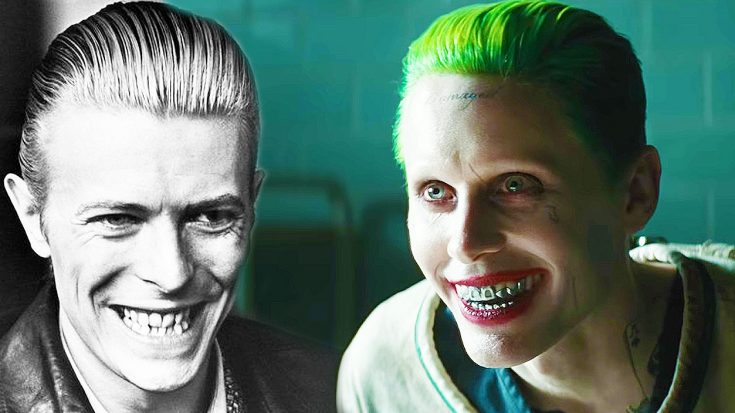 The ‘Heroes’ singer inspired a villain

Suicide Squad has been one of the most anticipated films of the year. The movie has been dissected by critics and fans left and right, especially one character in particular: The Joker, played by Academy Award winning actor and musician Jared Leto. Leto’s unique interpretation of the character portrays him similar to a modern gangster mob boss, with a bunch of tattoos. Leto used method acting to prepare for the role, and sought out inspiration on the appearance of the iconic comic book villain. One artist Leto sought out inspiration from, was David Bowie.

“We discussed [Bowie] a bit — not necessarily the music of David, but his class, his elegance, his timelessness.”-Leto revealed.

We can definitely see the inspiration! From the slicked back hair, to the profile of his face, it does make some sense that Leto took some inspiration from Bowie. If you’ve seen the movie, Leto’s portrayal of the Joker is a classier version. He wears a lot of jewelry and seems a little more clean and elegant compared to Heath Ledger’s character in the Dark Knight.

Here are two pictures of Bowie and Leto’s Joker side by side so you can make your own judgement. Also, we’ve included the trailer to Suicide Squad down below for you to check out. It’s in theaters now. 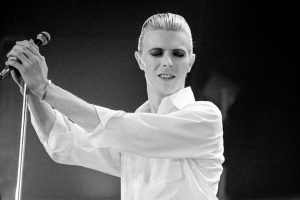 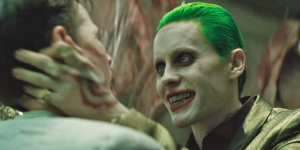