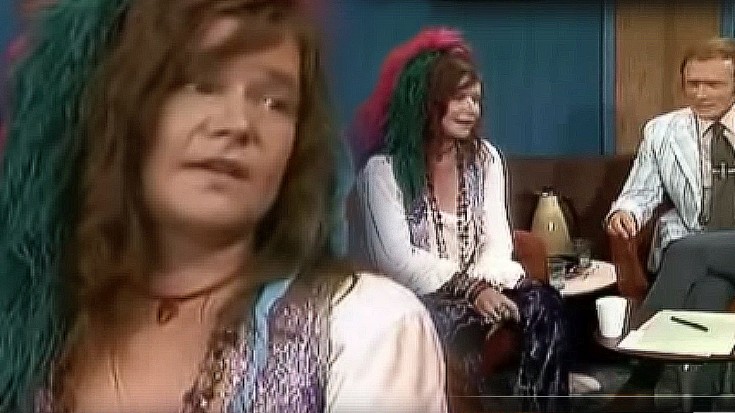 Janis Sits Down With Dick Cavett One Last Time

On August 3, 1970 Janis Joplin gave what would ultimately be her final tv appearance when she was a guest on The Dick Cavett Show. Despite Janis’ usual aversion to giving interviews, she was incredibly comfortable around Dick Cavett – in fact, it looks like the two are old friends catching up after one of Janis’ shows!

Fun Fact: Janis Joplin appeared on The Dick Cavett Show, each time as the sole guest.

The two discuss a variety of things in this final illuminating interview; from breaking out in giggles when discussing Janis’ unique limo service (“I like to sit in front and look at everybody!”) to whether or not Janis has gone waterskiing (“I haven’t seen a lake in about 8 years, man!”), the conversation stays friendly and positive and you almost don’t want it to end. For an interview, this one lacks in juicy secrets but makes up for it in the playful banter between guest and host that’ll make you miss Janis and her gentle spirit more than ever!