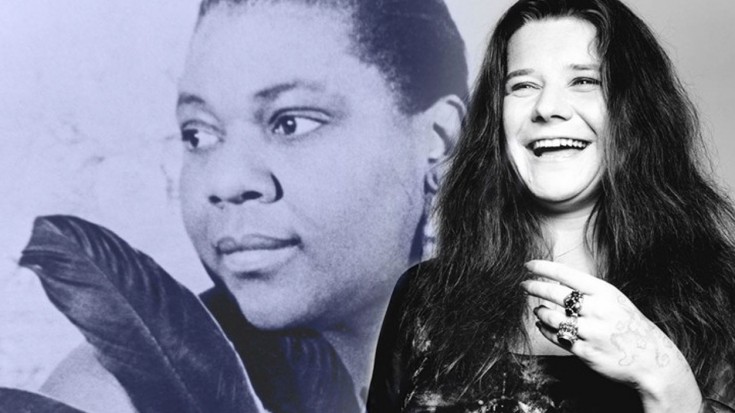 A voice so big, even Janis had to grow into it!

It’s hard to believe that Janis Joplin had to work to achieve that signature throaty, bluesy voice we all know and love and that she’s come to be known for.

Early in her singing career, Janis was just as raw and inexperienced as the rest of us. In her rendition of Bessie Smith’s ‘Black Mountain Blues’, her voice is powerful, but nasal – like she isn’t quite as confident in her voice as she would later become.

Amazing – a voice so big that even Janis had to grow into it!

Before she grew into her sound, she wanted to be Bessie:

Janis identified with Bessie to the point of feeling that she was Smith reincarnated, and learned to sing the blues by listening to Bessie for hours and imitating her.

“She showed me the air and taught me how to fill it,” said Janis. “She’s the reason I started singing, really.”

Not only did Janis fill the air, she became a force of nature and was the biggest presence in any room. Sounds like she took Bessie’s influence and improved it!

While we love her voice in her later years, there’s something really cool about hearing her as just a young kid, belting out ‘Black Mountain Blues with no real goal in mind but to fill the air.