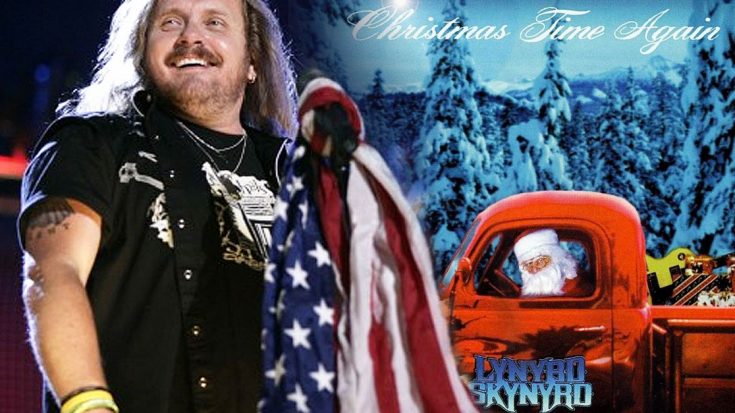 Skynyrd Nation, it’s that time again! Christmas is just around the corner and that means that it’s time to dig out our favorite Christmas album, Lynyrd Skynyrd’s Christmas Time Again! A rip roaring good time of an album that features some seriously rockin’ Southern rock takes on the Christmas carols we all grew up with, Christmas Time Again just wouldn’t be complete without our personal favorite, “Run Run Rudolph”.

Written by Johnny Marks and made famous in 1958 by rock legend Chuck Berry, “Run Run Rudolph” has always been a fun tune, upbeat and chock full of attitude but when Lynyrd Skynyrd get their hands on it, it’s a party as Johnny Van Zant trades vocal licks with Rickey Medlocke and Hughie Thomasson in between searing guitar solos and Billy Powell’s bluesy, boogie-woogie piano solo ties the whole package together beautifully.

We’ve heard every “Run, Run, Rudolph” cover under the sun but at the end of the day, Lynyrd Skynyrd blow the competition out of the water with one of the greatest covers we’ve ever heard. Give it a few spins and get your holiday started off the right way – the Skynyrd way!