It Turns Out That Dave Mustaine Has Quite A Surprising Opinion About Mr. Trump… 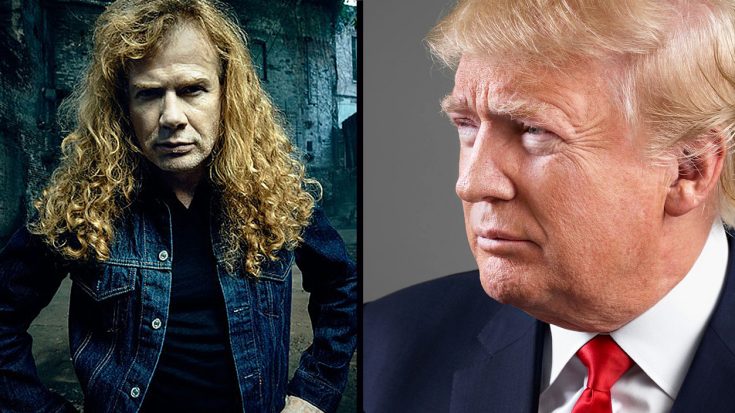 The Megadeth Frontman Opens Up About Our Next President

So here we are literally hours away from the 2017 Presidential Inauguration and the whole thing honestly doesn’t get any less interesting. As of recent, there have been plenty of rockstars that have been coming out to give their opinion about President Elect Trump and overall, the varying opinions have been rather mixed. Some are for the man and some are against the man. Nevertheless, it’s been an interesting time for rockstars.

The most recent to rockstar to speak out was Dave Mustaine. On a recent edition of Fox Business, Dave Mustaine was asked about President Elect Donald Trump among other things, and well let’s just say his opinion of the man is pretty interesting to say the least. You really have to listen to the way he says it, but in my opinion, Dave actually has probably the most sensible opinion yet. See for yourself.