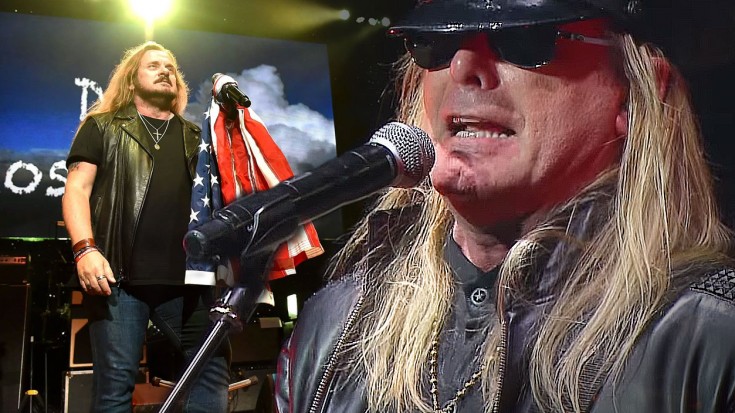 Cheap Trick Rocks One More For The Fans!

In 2014, American rock legends Cheap Trick were tapped to perform at One More For The Fans – a star studded celebration of Lynyrd Skynyrd’s legacy. Known for hits like “I Want You To Want Me” and the iconic teen anthem of rebellion “Surrender,” these Illinois rockers went all out in celebration of Lynyrd Skynyrd’s vast and colorful legacy with an edgy take on the band’s 1976 classic, “Gimme Back My Bullets”.

It’s not an easy feat to replicate Lynyrd Skynyrd – after all, Ronnie Van Zant had one of the most unique voices in Southern rock and the band is known for boasting one of the most complex rhythm sections in rock, but Cheap Trick didn’t just deliver – they conquered!

Fun Fact: “Gimme Back My Bullets” is about the bullets Billboard charts use to signify a song is moving quickly up the chart.

Singer Robin Zander, clad in a leather biker outfit hit the stage resurrected Ronnie’s rich, smoky vocals for “Gimme Back My Bullets,” oozing just the right amount of attitude needed for this Skynyrd classic while guitarist Rick Nielsen is a force to be reckoned with as he runs through solos that veteran Lynyrd Skynyrd guitarist Gary Rossington was surely proud of.

If you missed this powerhouse performance the first time around, never fear: relive the magic in the footage below!