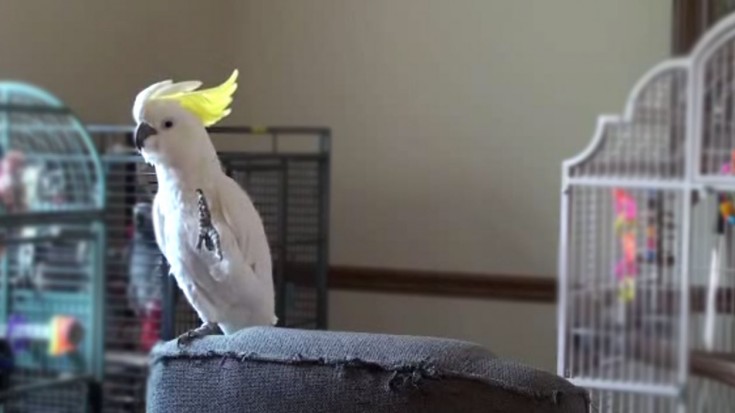 Snowball’s Right On The Beat!

My initial reaction after pressing the play button was, “Wow. That’s a mighty beautiful bird.” And then, he started dancing. And not just tapping his feet, oh no. He really grooves to the beat! I mean, I found myself following his rhythm more than the song itself. Ha! I was like copying his moves. And if that’s not impressive enough, he knows how to do some epic headbang that will put most heavy metal fans to shame. At one point, he was even whipping his imaginary hair. That cracked me up. Lol. He’s so groovy and funky and he reminds me of all those rock concert-goers before smartphones took over — you know, just enjoying the music and rockin’ to the songs. You can also tell he’s trying to find the beat at several times throughout the video. Snowball really knows what he’s doing (and totally enjoying it)! I have no doubt he’s the coolest cockatoo ever. EVER.

Michael Jackson would be so proud. Oh wait. He’s probably smiling down on Snowball right now. 🙂