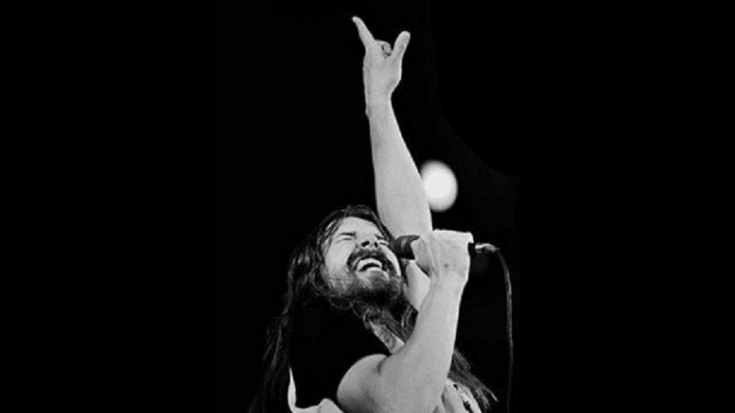 One of Bob Seger’s most iconic and well-loved songs, “Turn The Page” remains a staple in classic rock radio stations. It’s about the life of a rockstar on the road and the emotional struggles of going on tours. It shows the other side of touring – how it’s not always fun and exciting. Not surprisingly, Seger wrote this in 1972 while he was on tour with musical duo Teegarden & Van Winkle.

He shared with Rock Cellar Magazine:

“I wrote “Turn the Page” in 1971. It was the eight or ninth year of that ten-year period where I was going nowhere fast when I wrote “Turn the Page.” I was in one of those Holiday Inns where you open the door and you’re outside, remember those? (laughs) They used to have these rooms with these little rotten air conditioners and that’s where we’d stay and there’s be one or two beds and we’d be bunking together. I’m in the bathroom with an acoustic guitar picking “Turn the Page.””

According to his then-road manager Tom Weschler, it wasn’t just one incident that inspired Seger to write the track. But one time, they were on their way home from a gig when they decided to pump gas and maybe buy some food at a truck stop in Wisconsin. People, mostly truckers and salesmen, were turning to look at them because they just stood out and there was no way for them to blend in. Some were making comments like “What are these guys? Is that a woman or a man?” because they had long hair and which eventually became part of the lyrics. They left so they wouldn’t get into a fight with the guys.

“I hardly ever wrote on the road. I was more of a field general, and there wasn’t a lot of time for writing on the road back then. The only two songs that I can think of that I wrote on the road are ‘Night Moves’ and ‘Turn The Page,’ but those were basically cases of getting an outline of verses over three-hour periods.”

There were several covers including Metallica’s 1998 version which Seger himself loved. Although he didn’t expect it to become one of his most enduring songs and to have the kind of impact it did, Seger understood that the appeal lies on how it resonated with several fans because he captured the “real weariness of the road.”

The release of “Turn the Page” also became a pivotal moment in his career. It has been a fan favorite for decades.