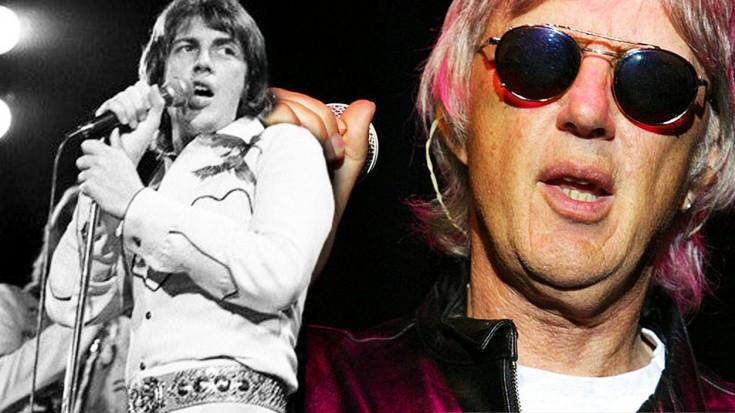 It is difficult to narrow down the artist’s best performances of all time considering he was a world- class performer and was incredibly talented, but we are going to do our best to honor this legend as we gather to celebrate his 74th birthday just a few months after his passing in October of 2015. Unfortunately for the world, Cory slipped away in his sleep after suffering from an infection due to his multiple myleoma condition on October 20, 2015 with his family around him.

Any fan of Three Dog Night knows that Cory was the pipes that could not be touched; the man could sing a weekly calendar or grocery list and turn it into a melodic and soulful ballad that we would cherish forever.

As we carefully select the live performances from Cory and the guys’s prime years, we encourage you to really listen to the lyrics in the songs and watch as Cory turns them into living and breathing bodies of melody, talent, and soul.

As our favorite live performance of this incredible man and voice, Three Dog Night‘s original live recording of “Eli’s Comin” is just about the greatest thing there is to listen to. Starting off with futuristic echoes concealed by the sweet essence of Cory’s soulful vocals, the boys bring a whole new meaning to the word “cover” on this night. Let Cory’s haunting wails, high pitched screams and stunning cries shower over you- just give in.

From the same night and performance, Cory’s upbeat and still soulful vocals in iconic “Shambala” performance will seriously give you chills. Cory was one of those singers that you can hear smiling through his voice and throughout this performance, without even looking at him, you can tell Cory was grinning from cheek to cheek.

“Never Been To Spain”

From 2008, Cory explains to the crowd why he wants to travel the world, see new things and meet new people in “Never Been To Spain” and it’s just magical. Unfortunately lacking Chuck Negron in this performance, the rest of Three Dog Night delivers a stunning version of the song to prove that no time has passed.

“Mama Told Me Not To Come”

In a hilarious rendition of the band’s “Mama Told Me Not To Come,” Cory delivers a hip-hop version of the song with a tilted cap and some sweet shades as he discusses that a fan told him “Mama Told Me Not To Come” was the great-great-great grand dad of rap music. Having the audience rolling off their seats, Cory is absolutely magical rapping, strutting and showing’ off his stuff in this live show and we suggest you share this with anyone that loved him.

Although “One” was originally recorded and sung by band member Chuck Negron, on the last few months of his life on tour, Cory decided to deliver his own soulful performance of the unforgettable Three Dog Night classic that will seriously stop your heart. Painted along a green screen at the mic, Cory gives one of the most heartfelt showcases of his life, just before his untimely end with “One.”

And just to prove that Cory still had it, here is a 2012 performance of “Eli’s Comin” that will bring to your knees over the lost icon…

Happy birthday buddy, rest in peace up there and sing one for us!