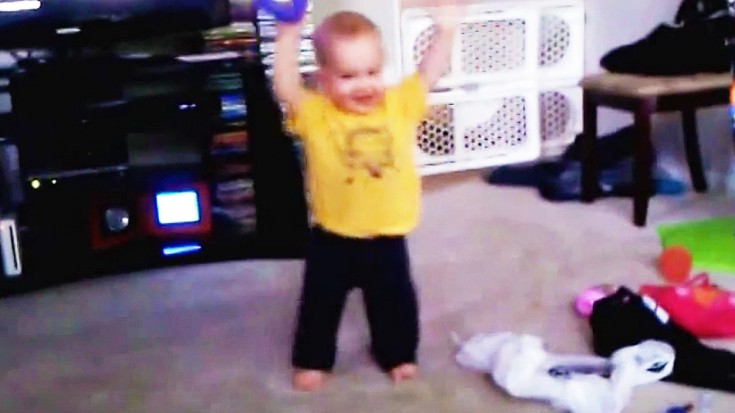 Round And Round We Go

Some of us are capable of spinning in circles and being able to handle it, but this baby just comes tumbling down after rocking out to Queen’s “We Will Rock You” and it’s seriously adorable- in his defense, there is quite a bit of clutter on the floor getting in the way of his dancing’ space!

It’s almost as if Ben is inspired by the chanting to get up after his first slight topple- Freddie himself is saying “get up and dance buddy!” The little guy is definitely a Queen fan and most likely will enjoy their music this much for the rest of his life, but this is just a cute little sample for now…

As he raises his hands in the air and delicately twirls to the beat, he has the biggest toothless smile we have ever seen and we cannot get enough- and hey, not to mention, the kid’s got great taste. We have never seen a happier baby and chances are, you may not have either! Just wait until the second fall though…. you will die of laughter!

Check out little Ben in his minute and a half of swirling fame below!