Her Soulful Voice During “Come Together” Cover Will Enchant You 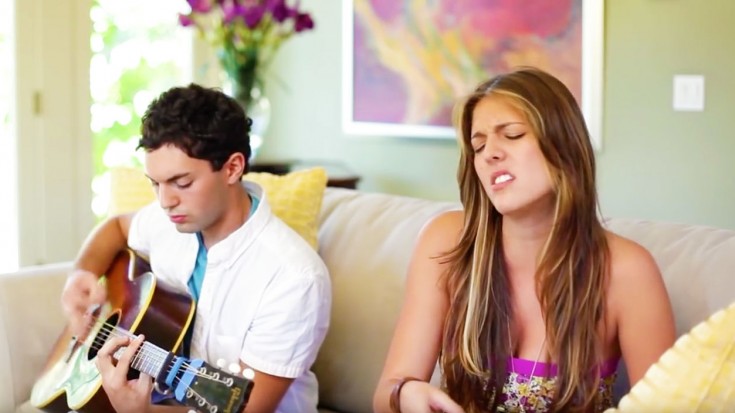 Considering this is not an easy song to sing, we have so much respect for artists that can not only cover “Come Together” but cover it with justice. YouTube singer Jordan Corey joins previous bandmate Jeff to tackle the ever impossible Beatles tune “Come Together” and we will think you will be pleasantly surprised.

Interesting Quote: “The thing was created in the studio. It’s gobbledygook. ‘Come Together’ was an expression that Tim Leary had come up with for (perhaps for the governorship of California against Reagan), and he asked me to write a campaign song. I tried and I tried, but I couldn’t come up with one. But I came up with this, ‘Come Together,’ which would’ve been no good to him – you couldn’t have a campaign song like that, right?” – John Lennon

Written for and inspired by progressive psychologist Timothy Leary, father of LSD, Lennon wrote “Come Together” as a peaceful means to motivate people to vote for Leary when he ran for Governor of California in 1969. Although nothing much came from the election, The Beatles took “Come Together” to the #1 spot on the Billboard Hot 100 in 1969.

We have high standards when it comes to Beatle covers and we always will, but we really think that Jordan’s soulful and perfectly pitched voice will give you some serious chills. Enjoy!