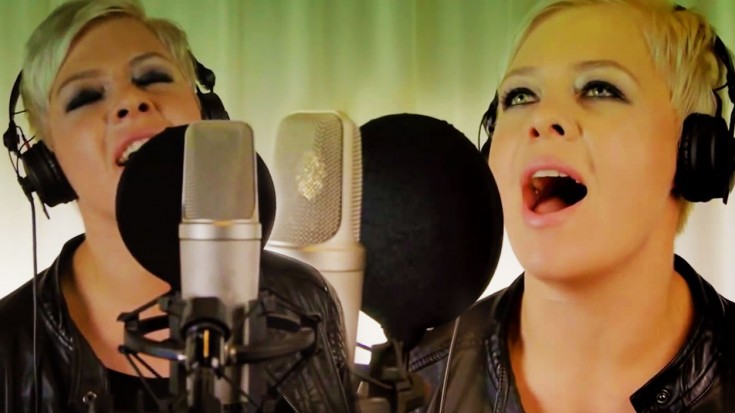 Performing one of the greatest Bob Seger covers of “Like A Rock” we have ever seen, this talented powerhouse by the name of Nicole Bornkessel does this song a surprising amount of justice with passion, soul and some serious pipes…

Interesting Quote: “It’s a matter of growing up. From the time I was 20 until I was 30, I didn’t sell a whole lot of records, but I was doing a lot of rock ‘n’ roll. That’s the way I felt at the time. Maybe during the period when I was 30 to 40, I was getting more mature, writing about older themes. I’m sure ‘Like A Rock’ doesn’t mean much to someone who’s 20, but I gotta write what I know about.” – Bob Seger

There were certain songs that truly resonated with Bob that reflected his journey as an artist and man; “Like A Rock” happened to be one of the most touching songs to not only Bob, but his fans as well. We think that Bob would be blown away by this stunning studio rendition of the talented vocalist, just as we were. Enjoy!

And I stood arrow straight
Unencumbered by the weight
Of all these hustlers and their schemes
I stood proud, I stood tall
High above it all
I still believed in my dreams

Twenty years now
Where’d they go?
Twenty years
I don’t know
I sit and I wonder sometimes
Where they’ve gone