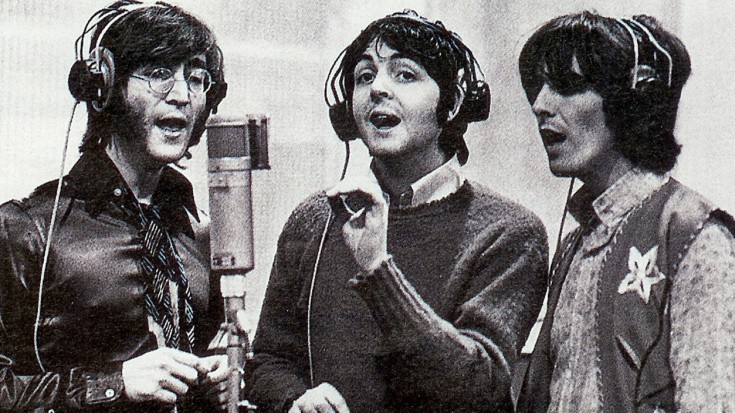 One of The Beatles’ more iconic works, “Blackbird” was written shortly following the band’s extended stay in Rishikesh, India; Paul McCartney constructed the song on his farm in Scotland using a slew of influences ranging from Bach’s Bourrée in E Minor to inspiration drawn from the unfortunate state of race relations in the United States and it was alone in a room at Abbey Road Studios that everything would come together as the perfect storm. Lucky for us, Paul recorded several parts of the band’s White Album sessions – including his rehearsal of “Blackbird”.

Though credited as Lennon + McCartney, the song is unique in that it features only Paul – his voice, his acoustic guitar, and a mysterious ticking sound keeping time, rumored to be either the tapping of Paul’s foot or a metronome.

Dave Grohl of The Foo Fighters On “Blackbird” And It’s Cultural Importance:

“It’s such a beautiful piece of music, perfect in composition and performance, and in its lyrics and in the range of his voice. Just learning that song made me a better guitar player and gave me a better appreciation of songwriting. To me it’s just musical bliss.”

It’s not known which take this version of “Blackbird” is from; according to legend, McCartney recorded 32 takes of “Blackbird” and only completed 11 of them, with the final version heard on the album being the best and featuring double tracked vocals in places, along with a second guitar part. It’s hard to believe that something of this caliber is merely a Beatles rehearsal – in fact, it sounds nearly identical to the final product released on The White Album. Leave it to The Beatles to tape a rehearsal that’s about as perfect as a finished studio recording!