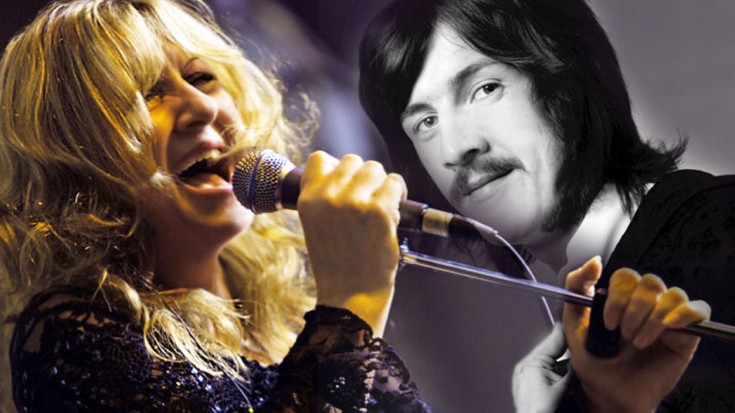 Clearly, talent runs deep within the Bonham family veins. We know Jason Bonham is an accomplished musician in his own right, even taking his rightful place behind late father John Bonham’s drum kit during short lived Led Zeppelin “reunions” – but when paired with his aunt and Bonzo’s little sister Deborah, magic is bound to happen. Of course, what else would you expect? They’re Bonhams!

In 1997, Deborah and Jason made a special appearance on LA’s Rockline Radio where they saluted the legacies of both John and Led Zeppelin with a stunning rendition of the acoustically driven ‘Battle Of Evermore,’ first featured on Led Zeppelin’s untitled 1971 album.

Fun Fact: Deborah recorded her own rendition of ‘The Battle Of Evermore’ for her 2001 album The Old Hyde.

It’s a great moment shared by two of the people John Bonham loved the most, with Deborah and Jason sharing vocal duties as wonderfully as the first time we heard Robert Plant and folk singer Sandy Denny do it all those years ago. This is one you definitely have to check out; it’s like hearing old ghosts coming back to say hello and however impromptu this performance may have been, Deborah and Jason Bonham definitely did John’s legacy proud!

The Queen of Light took her bow,
And then she turned to go,
The Prince of Peace embraced the gloom,
And walked the night alone.

Oh, dance in the dark of night,
Sing to the morning light.
The dark Lord rides in force tonight,
And time will tell us all.

Oh, throw down your plow and hoe,
Rest not to lock your homes.
Side by side we wait the might
Of the darkest of them all.

The apples of the valley hold the seeds of happiness,
The ground is rich from tender care,
Repay, do not forget, no, no.

Dance in the dark of night,
Sing to the morning light.
The apples turn to brown and black,
The tyrant’s face is red.

Oh war is the common cry,
Pick up your swords and fly.
The sky is filled with good and bad
That mortals never know.

Oh, well, the night is long, the beads of time pass slow,
Tired eyes on the sunrise, waiting for the eastern glow.

The pain of war cannot exceed the woe of aftermath,
The drums will shake the castle wall,
The ring wraiths ride in black, ride on.

Sing as you raise your bow,
Shoot straighter than before.
No comfort has the fire at night
That lights the face so cold.

Oh dance in the dark of night,
Sing to the morning light.
The magic runes are writ in gold to bring the balance back.
Bring it back.

At last the sun is shining,
The clouds of blue roll by,
With flames from the dragon of darkness,
The sunlight blinds his eyes.