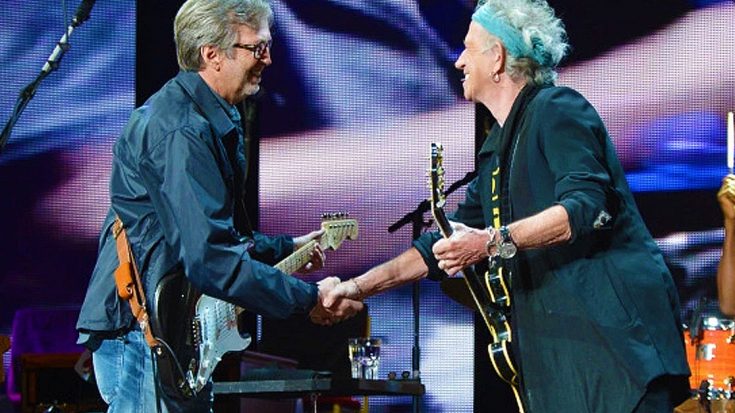 After entirely too many years, The Rolling Stones returned to the signature bluesy sound of their early days with the release of Blue & Lonesome, and not a moment too soon. A gorgeous undertaking that sees Britain’s finest tackling covers from greats like Howlin’ Wolf, Jimmy Reed, and Magic Sam, Blue & Lonesome also finds the Stones joining forces with their old friend Eric Clapton for a really special take on Willie Dixon’s blues staple, “I Can’t Quit You Baby”.

Famously covered by everyone from Otis Rush to Led Zeppelin, “I Can’t Quit You Baby” gets a new lease on life when The Rolling Stones cut loose, sending Clapton on one hell of a fantastic guitar solo right around the 1:51 mark – it’s projects like this that make you thank your lucky stars that Eric Clapton and one of the greatest rock bands to walk the earth exist at the same time and despite being well into their seventies, all continue to play and perform like they’re still teenagers with their entire lives ahead of them.

Our friends at Guitar World said it best when they declared that Eric Clapton “truly burns up the fretboard” on “I Can’t Quit You Baby,” and we’re inclined to agree – give it a listen!