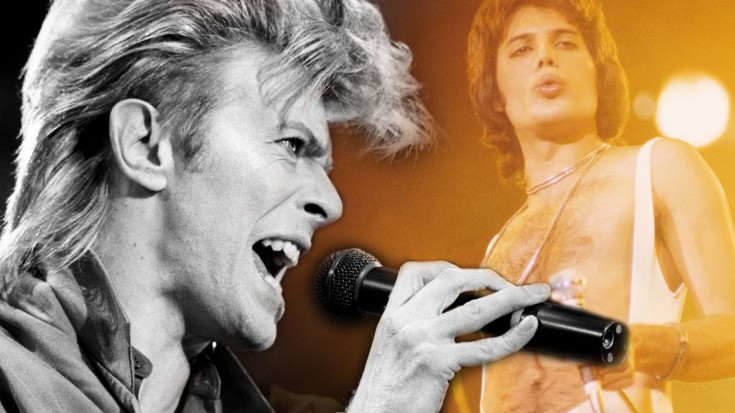 While fans of both Queen and the late David Bowie know about the coveted “Under Pressure” a cappella demo, not many people know about that of “Cool Cat,” the song Bowie later requested his vocals be removed from. Written in 1982 by Freddie Mercury and John Deacon and featured on Queen’s tenth album Hot Space, “Cool Cat” was unique in that all instruments are played by Deacon including drums, guitars, and synths. Freddie sings in a falsetto the entire time, and Bowie’s low, almost spoken backing vocals add to the song’s funky, slow jam kind of feel.

Unfortunately, this version featuring David Bowie’s contribution to “Cool Cat” went unheard for decades; the day before Hot Space was due to be released, he requested that his vocals be removed from the song, stating that he just “didn’t like what he did”

“David just did a backing track. I don’t think anyone thought any more about it, except that it was a nice ornamentation. We just sent him a courtesy note telling him that we had used it and he said, ‘I want it taken off, because I’m not satisfied with it.'”

It’s a tragedy that David didn’t like his vocals – they’re great! They add a gorgeous texture to the song that while later replicated by a heavier bass line provided by John Deacon, can’t compare to perfectly timed backing vocals. Check out this alternate take of Queen’s “Cool Cat” – as always, Freddie Mercury and David Bowie made a great team together and even though this version never made it onto an album, it’s still worth a listen!