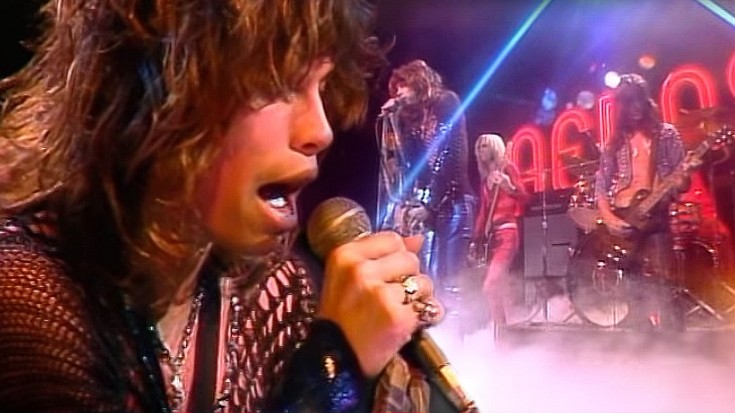 Look At That Baby Face!

Written in 1973 and featured on Aerosmith’s debut album, ‘Dream On’ is the stuff power ballads are made of! It’s powerful, inspiring, and should very well drive you to achieve the things you never thought possible, and by 1974 Aerosmith was still riding the wave of the song’s success when they appeared on The Midnight Special for an incredible performance of ‘Dream On’.

At 26 years old, Steven Tyler is fresh faced and absolutely gorgeous, delivering an absolutely unbelievable vocal performance that had to make the audience wonder: if he sounds this good at 26, imagine what he’ll sound like at 67!

Steven says that this was the only song on Aerosmith’s first album where he used his real voice.

It’s one thing to see Aerosmith and Steven Tyler in 2015, knowing where they’ve been and the things they’ve been through to get to this point in their 45 year career. However, there’s something incredibly special about looking back on them in 1974 – still very much boys hungry for success, and not yet touched by the vices and struggles that come with being a rockstar.

“It’s about the hunger to be somebody: Dream until your dreams come true. This song sums up the s–t you put up with when you’re in a new band. Most of the critics panned our first album, and said we were ripping off the Stones. That’s a good barometer of my anger at the press, which I still have. ‘Dream On’ came of me playing the piano when I was about 17 or 18, and I didn’t know anything about writing a song. It was just this little sonnet that I started playing one day. I never thought that it would end up being a real song.” – Steven Tyler

One of the greatest rock anthems ever created sung by someone with one of the most distinctive voices of all time. What more could you ask for?