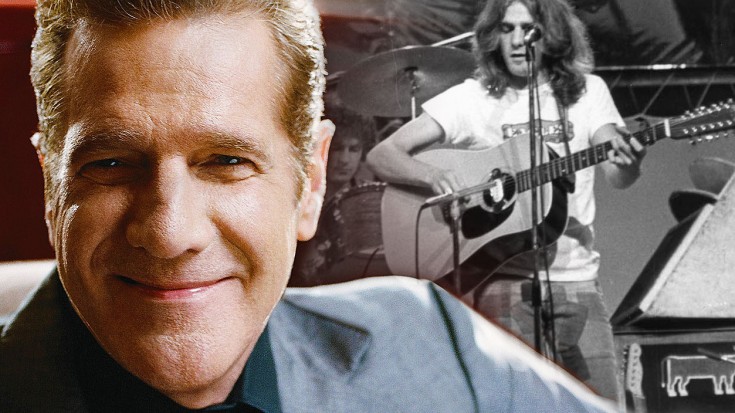 The Eagles Frontman Turns 67 On November 6

You can say a lot of things about the Eagles’ Glenn Frey, but one thing’s for sure: his life has never come close to being boring! Whether it was teaming up with Bob Seger at 19 for ‘Ramblin’, Gamblin’ Man’ or helping singer-songwriter Jackson Browne finish up the now iconic Eagles hit ‘Take It Easy,’ Glenn’s been blessed with a fantastic gift for being at the right place at the right time and using his talents to make the most of any opportunity – good and bad – to come his way.

He found critical acclaim with the Eagles after a chance meeting with Don Henley and Randy Meisner in 1970 on a collaboration with Linda Ronstadt, amassing a total of 6 Grammy Awards and 5 American Music Awards with the band and following the band’s breakup in 1980, repeated that success with a wildly successful solo career, and a brief acting stint.

Fun Fact: The Eagles’ Capital Centre performance of ‘Take It Easy’ is one of the most critically acclaimed of the band’s career, beautifully showing the band at the height of their success and the full extent of their talent.

At this point in Glenn’s career, there’s absolutely nothing this man can’t do, and it’s on his 67th birthday that we celebrate a life that’s brought us so much joy in the form of great music.

Happy 67th birthday, Glenn – here’s to many, many more!

Take it easy, take it easy
Don’t let the sound of your own wheels
Drive you crazy
Lighten up while you still can
Don’t even try to understand
Just find a place to make your stand
And take it easy

Well, I’m a standin’ on a corner
In Winslow, Arizona
Such a fine sight to see
It’s a girl my Lord
in a flat-bed Ford
Slowin’ down to take a look at me

Come on, baby, don’t say maybe
I gotta know if your sweet love
Is gonna save me
We may lose and we may win
Though we will never be here again
So open up I’m climbin’ in
So take it easy

Well, I’m a runnin’ down the road
Tryin’ to loosen my load
Got a world of trouble on my mind
Lookin’ for a lover
Who won’t blow my cover
She’s so hard to find

Take it easy, take it easy
Don’t let the sound of your own wheels
Make you crazy
Come on baby, don’t say maybe
I gotta know if your sweet love
Is gonna save me

Oh we got it easy
We oughta take it easy