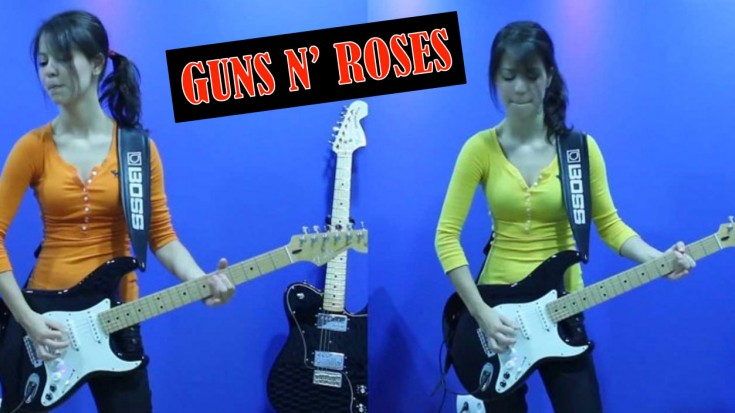 Juliana Vieira does it again! She’s one incredible guitarist and her covers are mind-blowing. She feels the tune and undeniably does justice to the song. “Welcome to the Jungle” peaked at number 7 on the Billboard Hot 100 after its release back in October 3, 1987. It even ranked at 764 on the “1001 Best Songs Ever” list by Q Magazine!

For all her talent, I won’t be surprised if I hear that Juliana will be releasing her own album. In fact, I’m looking forward to it! She’s a rock goddess in the making. This cover was just spot on and she’s just in the zone. Everything is on point especially her solos. I’m putting that part on repeat, by the way. Pretty funky! Don’t stop rockin’ Juliana!