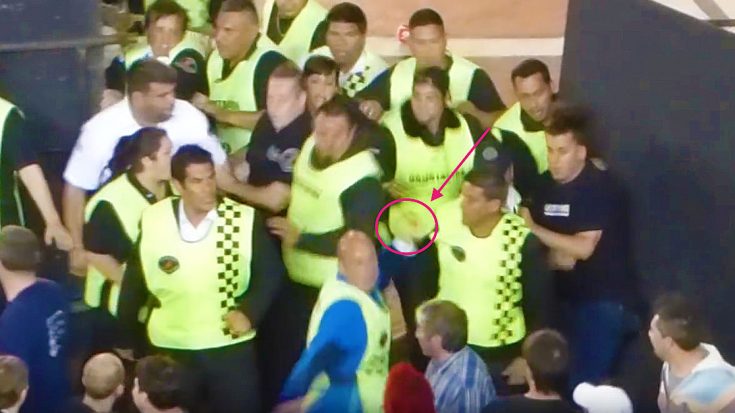 Keep An Eye On  The Guard In Blue

Guns N’ Roses made their return to River Plate in Buenos Aires, Argentina for the first time in 23 years last weekend and for the most part, the show went off without a hitch. That is to say, Guns N’ Roses themselves put on a fantastic show as has been the case since they burst back onto the scene earlier this year; however, it’s what happened offstage that’s raising a few eyebrows.

River Plate Stadium erupted into chaos Friday night when a mini-stampede broke out and fans rushed the VIP area for reasons still unknown. One fan managed to catch the entire thing on camera, including a moment occurring at about 13 seconds in at which time a security guard hired by the concert promoter actually sucker punched a Guns N’ Roses fan in the head.

Ouch. Concerts are supposed to be a fun, safe place for fans to come together and share their love for bands like Guns N’ Roses, so it’s definitely disturbing and more than a little scary when chaos breaks out that way. Here’s hoping that the fan punched by the guard is okay, and that Guns N’ Roses fans all over the world get to experience their favorite band safely.