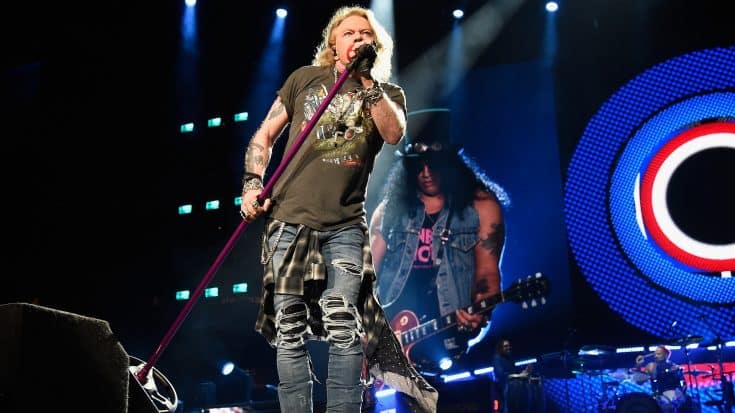 Guns N’ Roses recently performed their own rendition of AC/DC’s “Walk All Over You,” during their June 4 show at Passeio Marítimo de Alges, Oeiras in Portugal.

The recent appearance marks as the first show of the legendary band for this year. They kicked off their European tour with a 26-track set list and added the classic from 1979’s Highway to Hell. It was a surprise for the crowd as Axl Rose didn’t even sing the song when he briefly toured with AC/DC in 2016.

The band also played “Reckless Life” for the first time since 1993 and “You’re Crazy” for the first time since 1991. They also performed recently-revived Hollywood Rose song “Shadow of Your Love,” while “Civil War” was dedicated to Ukraine and of course classics “Welcome to the Jungle,” “Sweet Child O’ Mine,” “November Rain” and “Paradise City” are also included in their set.

“There’s new Guns material coming out as we speak, and we’ll probably keep putting it out until the entire record’s worth of stuff is done and then put it out solid.

“It’s cool. I’m enjoying working on the stuff and having a good time doing it.”

Watch their performances below.