Great Drum Cover of “Stairway to Heaven” by Meytal Cohen 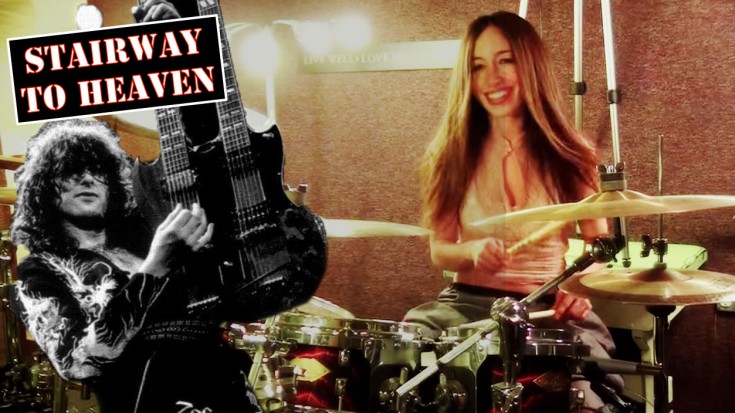 This Drum Cover of Stairway Is Fantastic

The English rock band Led Zeppelin is more than a legend and “Stairway to Heaven” is the best selling song of all rock history. Because of the abstract nature of the song’s lyrics, the writer of these lyrics says that the meaning of the songs can be interpreted each day differently. In a quiet moment near a fireplace with Jimmy Page, Robert Plant suddenly became inspired to write the song. It is odd that the dong has been so popular, because it was never released as a single and the radios didn’t even include it in their charts.

The drum cover of “Stairway to Heaven” performed by drummer Meytal Cohen is almost as great as the original song. Meytal Cohen is a female drummer from Israel who has also performed “Toxicity” from System of a Down and she impresses in the first place by the way she looks (she is quite hot). She started to show her talent since she was 18 years old. Despite the fact that she was criticized at home, she continued to exercise and the results can be seen today.