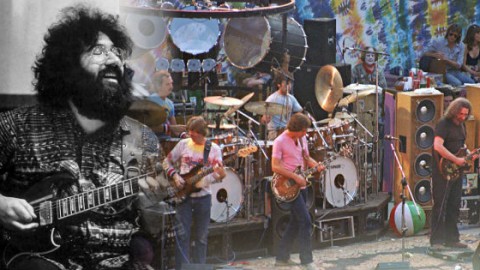 “Estimated Prophet” is from Grateful Dead’s ninth studio album, “Terrapin Station.” It was released on July 27, 1977. There were several fans who believed that this was their greatest achievement as musicians. It peaked at number 28 in the 1977 Pop Albums Chart and received gold certification on September 4, 1987.

The album incorporates a more symphonic sound bordering on progressive rock styles that were expressed earlier by progressive art rock groups like Yes and Genesis. This was considered by fans[who?] to be a major departure from the more jazz-blues and traditional folk styles used by the Grateful Dead earlier in their career, although these elements are still present here.

The band has performed this track for 390 times and they first played it on February 26, 1977 in San Bernardino, California. It’s a classic Grateful Dead hit — one that urges interpretation from the listener and which has an interesting back story. I admit, it intrigues me to no end how they came up with such amazing songs which is pretty much why I love knowing what inspired them to write the lyrics!

Blair Jackson quotes Weir, discussing the song, in his biography of the band: “According to Weir, he and Barlow wrote the song from the perspective of a crazy, messianic zealot, a type which one invariably encounters in Deadhead crowds now and again. As Weir explains: ‘The basis of it is this guy I see at nearly every backstage door. There’s always some guy who’s taken a lot of dope and he’s really bug-eyed, and he’s having some kind of vision. He’s got a rave he’s got to deliver.’ “

Every song from the Grateful Dead is a treat to one’s imagination. Beautiful music with wonderful storytelling!