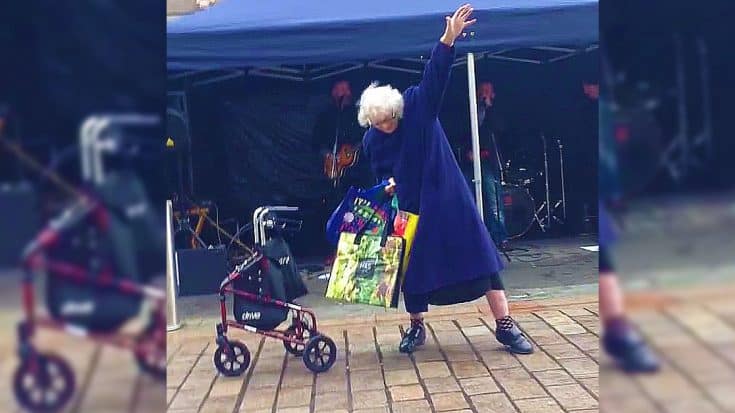 Never Too Old To Rock

Your grandma is cool, sure – but she’ll never be “gets down in public to AC/DC songs and becomes an overnight viral sensation” cool! Last weekend saw an elderly woman cruising through The Spree music festival in Paisley, Scotland just as local band Badboys were preparing to finish up their set for the day, closing out the Scottish music festival with AC/DC’s “Highway To Hell,” a nod to the band’s late frontman Bon Scott.

They expected the crowd to get excited, but what they didn’t expect was this tiny, elderly woman to stop her walker right in front of the stage and immediately start dancing, clapping and waving her arms about as she busted out some pretty sweet dance moves; viewers who either saw our new rock and roll heroine perform live or watched it via one of the many, many videos posted over the weekend were amazed, but no one was more amused than the guys in Badboys themselves.

“She was amazing and we couldn’t believe the moves that she was coming away with,” says Badboys bassist Billy Kinnear. “We were all shouting from the stage, ‘Look at her, she’s awesome!’ She stole the show.

With moves like that, she must have been a rocker back in the day. We’d love to know the gigs that she’s been to. It was such a great buzz. It made our day and everyone else’s.”

Y’all, we can’t get enough of this sweet lady’s dance moves of her love for live and all things rock and roll – check her out in the video below, she’s amazing!