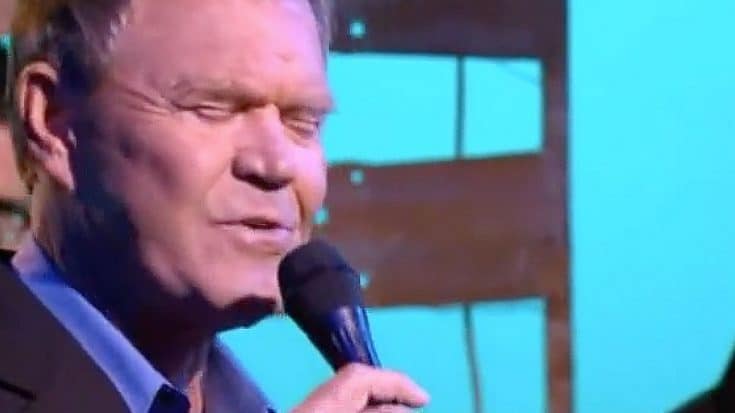 In the wake of the passing of country legend Glen Campbell who died yesterday at the age of 81, the music world is overflowing with tributes of every kind. From John Mayer’s “Gentle On My Mind” cover during a show last night to fans digging up Radiohead’s 24-year-old take on Campbell’s 1975 megahit “Rhinestone Cowboy,” it seems like everyone’s got a song that sums up their feelings about Glen’s life and legacy; for us, though, the best tribute comes not in the form of a tribute paid to Glen, but one he actually paid to another band.

Fun Fact: The Foo Fighters weren’t the only rock band he covered; in 2008, he took on Green Day’s “Good Riddance (Time Of Your Life)” for Meet Glen Campbell, too.

For his 2008 album Meet Glen Campbell, Glen covered the Foo Fighters’ “Times Like These” – an emotionally charged reminder that when life gets hard, that’s when you learn to live, love and give again, to really appreciate the little things in life because those are the things that ground you and bring the grand scheme of things into perspective. With Glen’s magic touch and life experience applied, “Times Like These” isn’t a reminder but a road map he’s passing on for anyone caught in life’s undertow and wondering where to go from here from a man who lived it and still had the hardest battle of his life to come.

One day after Glen Campbell’s death, we’re choosing not to look back in sadness at all Alzheimer’s robbed him of – instead, we’re taking some advice he got from the Foo Fighters and doing a little more loving, living, and giving in honor of a man who knew how to do it best.