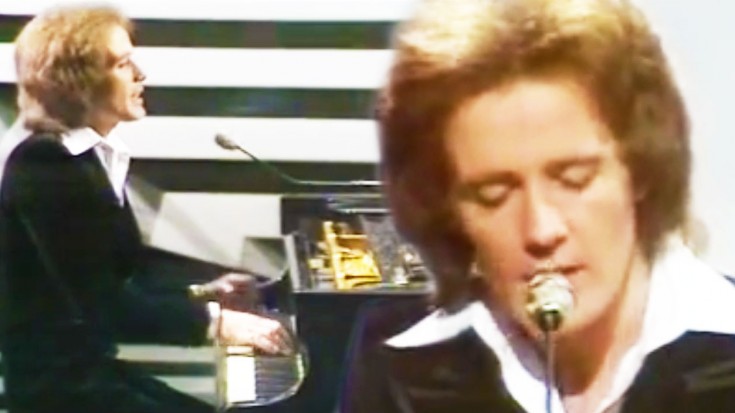 Performing his only #1 hit in America, Gilbert O’Sullivan’s “Alone Again (Naturally)” will give you the feels as he rests his magical and talented fingers against the black and white keys in front of the world. As versions came to surface later on that were not nearly as great as this particular one, we are excited to share the original song in all of its glory.

If the lyrics do not tell you already, “Alone Again” is the depressing story of a man being stood up at the altar, excepting his fate of temporary solitude. As if that isn’t disheartening enough, the heartbreaking ballad ends with the passing of his mother and the lyrics “I cried all day.”

Interesting Quote: “Everyone wants to know if it’s an autobiographical song, based on my father’s early death. Well, the fact of the matter is, I didn’t know my father very well, and he wasn’t a good father anyway. He didn’t treat my mother very well.” – Gilbert O’ Sullivan

As the video is quite fitting compared to the lyrics, you will get swept away in the sorrow and vulnerability of the lyrics and his facial expressions as he convincingly performs one of the most heart wrenching songs we have ever heard. Grab a tissue and let it all out!

Left standing in the lurch at a church
Were people saying, My God, that’s tough
She stood him up
No point in us remaining
We may as well go home
As I did on my own
Alone again, naturally
To think that only yesterday

I was cheerful, bright and gay
Looking forward to who wouldn’t do
The role I was about to play
But as if to knock me down
Reality came around
And without so much as a mere touch
Cut me into little pieces
Leaving me to doubt
Talk about, God in His mercy

Oh, if he really does exist
Why did he desert me
In my hour of need
I truly am indeed
Alone again, naturally
It seems to me that
There are more hearts broken in the world
That can’t be mended

Left unattended
What do we do
What do we do
Alone again, naturally
Looking back over the years
And whatever else that appears
I remember I cried when my father died
Never wishing to hide the tears

And at sixty-five years old
My mother, God rest her soul
Couldn’t understand why the only man
She had ever loved had been taken
Leaving her to start
With a heart so badly broken
Despite encouragement from me