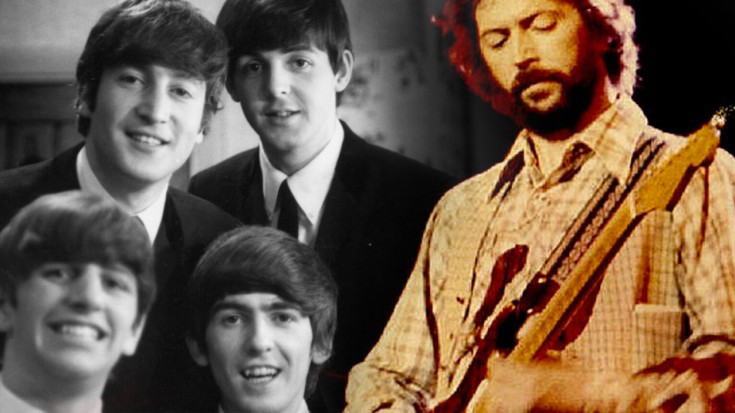 Too Talented For Their Own Good

Written in 1968, ‘Sour Milk Sea’ was one of the songs George Harrison wrote while at Maharishi Mahesh Yogi’s ashram in Rishikesh, India early that year. A song about the benefits of transcendental meditation, ‘Sour Milk Sea’ was a massive turning point for The Beatles; not only was the song recorded and sung by friend Jackie Lomax, it was the first Beatles-affiliated song to not feature John Lennon. As an added treat, the song features the guitar talents of Eric Clapton, who sat in with the band at the request of George during a great portion of the Abbey Road sessions.

The Beatles did record their own rendition of ‘Sour Milk Sea’, though it was eventually scrapped from the final cut of Abbey Road as with most of the material recorded at Harrison’s home in Kinsfaun.

This rendition of ‘Sour Milk Sea’ is absolutely fantastic! Not only does it give us a glimpse at what The Beatles were capable of without one of their chief vocalists and song writers, but what they were capable of when they enlisted the help of other talented musicians of both Lomax and Clapton’s caliber!

If your life’s not right, doesn’t satisfy you
Don’t get the breaks like some of us do
Better work it out; find where you’ve gone wrong
Better do it soon as you don’t have long

Looking for release from limitation?
There’s nothing much without illumination
Can fool-around with every different cult
There’s only one way brings result