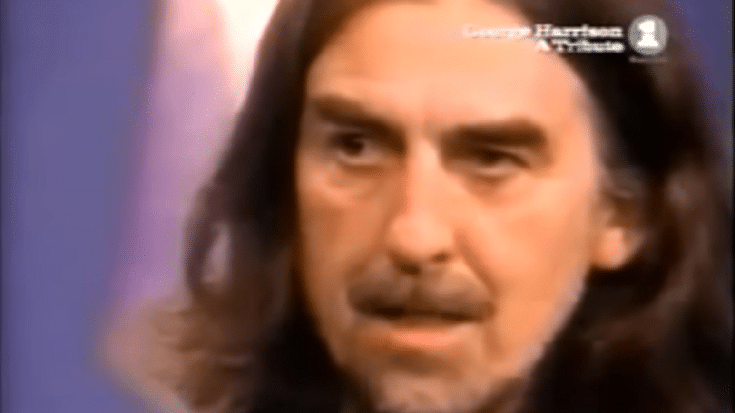 On July 24, 1997, George Harrison dropped by VH1 along with his old friend Ravi Shankar to talk about Shankar’s new album titled Chants of India. Host John Fugelsang revealed that it was a surprise appearance and that Harrison initially planned to “give us a little 10-minute sound byte.” But as it turned out, he went on to discuss at length his spirituality, his experience with The Beatles, and his friendship with Shankar among others.

He even talked about death:

“Yet nobody’s trying to figure out what’s the cause of death and what happens when you die. I mean, that to me is the only thing really that’s of any importance. The rest is all secondary.”

He also spoke about meditation, consciousness, and even fame. He touched a little about John Lennon’s influence on him before the band’s breakup.

“I think that was one of the things that I developed just by being in the Beatles was being bold. And I think John [Lennon] had a lot to do with that, you know – because John Lennon, if he felt something strongly, he just did it. And I picked up a lot of that by being a friend of John’s, just that attitude of ‘Well, just go for it. Just do it.'”

Harrison then went ahead to give what would be his final performance on TV. He performed “All Things Must Pass”, “If You Belonged To Me”, and “Any Road.” A few months after his VH1 appearance, he was diagnosed with throat cancer. He died on November 29, 2001.