George Harrison Gets A Little Help From His Friends With “Something” 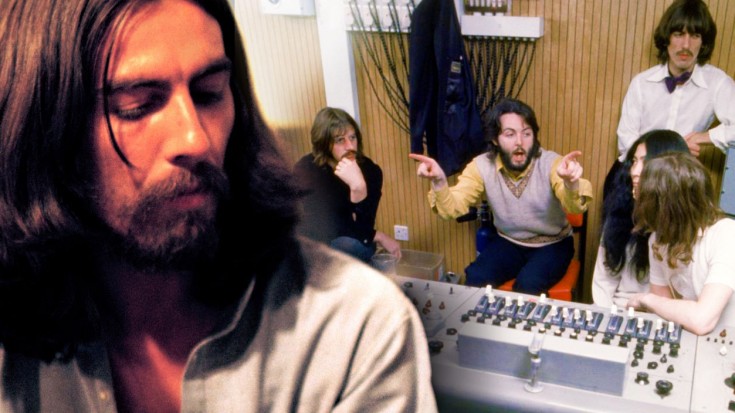 Sometimes, even The Beatles needed a little help from their friends when it came to songwriting; when George Harrison was writing the iconic ‘Something’, an ode to his wife Pattie Boyd, he actually struggled quite a bit. It was a constant fight to have his work included on Beatles albums in the face of the songwriting team of Lennon/McCartney, and so any opportunity to write a song and have it featured had to be seized immediately, whether he knew what he was doing or not.

This amazing audio features the boys as they record ‘Something’, with George struggling to come up with the right lyrics to fit the right melodies. It happened during the aborted Get Back project in 1969, and if you listen closely you can even hear John Lennon giving George a few hints and coaching him on what would become one of the most brilliant songs ever written, and the band’s most successful song – second only to ‘Yesterday’!