Gene Simmons Sets The Record Straight Once And For All, Reveals Why Kiss Won’t Play Trump’s Inauguration 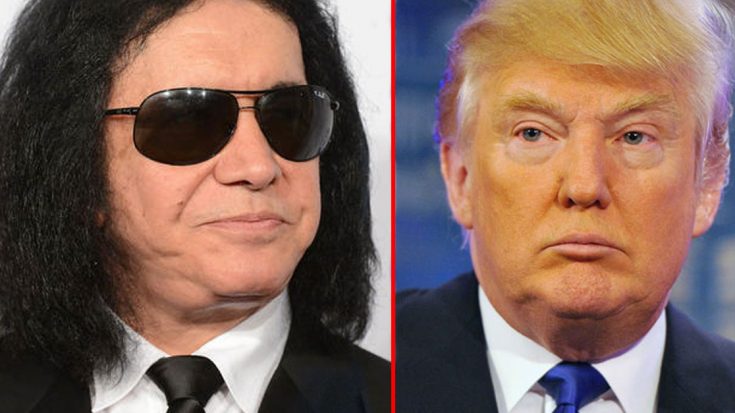 If you’re anticipating Gene Simmons and his Kiss bandmates rocking president-elect Trump’s inauguration later this month, don’t hold your breath; according to Gene, the band wasn’t even invited to perform at the inauguration!

Let’s back up: the rumor that Kiss was slated for a possible appearance at Trump’s January 20th inauguration began shortly before Christmas when TMZ reporters encountered Gene’s wife Shannon and their daughter Sophie. Upon being asked whether or not Gene would perform at the ceremony, both mother and daughter emphatically said “No” over and over again, understandably leading fans and critics alike to believe that Kiss had been invited to perform and politely declined the invitation.

Not the case. Over the holiday weekend, Gene set the record straight once and for all and revealed that he and his bandmates were never invited to begin with.

“As far as I know, nobody ever called me,” he said. “I know Donald Trump, I know our president-elect well enough, I suppose, but I never got a call.”

That’s it, guys – it’s literally as simple as that. You can’t perform where you weren’t invited in the first place, and we’re sure that if Kiss had actually been in the running to perform at president elect Trump’s inauguration, both Gene and Donald would have publicly confirmed and set plans in motion for a show to remember. There’s still 16 days left until the big event: who would you like to see perform?