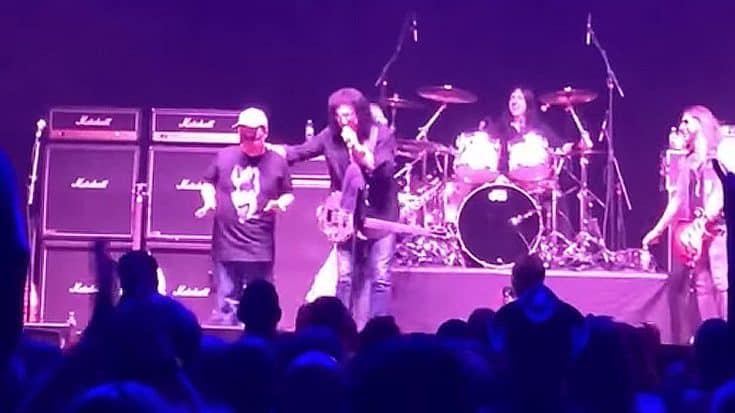 The Performance That Stunned Gene!

Just a few days ago, Gene Simmons took the stage with his band to play a slew of KISS covers. It was on that night that Brian was invited on the stage to help the band sing the iconic song “Dr. Love” and when he opened his mouth, Gene Simmons’ reaction was absolutely priceless.

Like I said, it’s not easy to impress Gene Simmons. As a guy that has definitely seen it all, you wouldn’t think that this young man on stage would impress Gene at all, but as you’ll soon see, you’d be wrong. Don’t believe me? See for yourself in the video below!