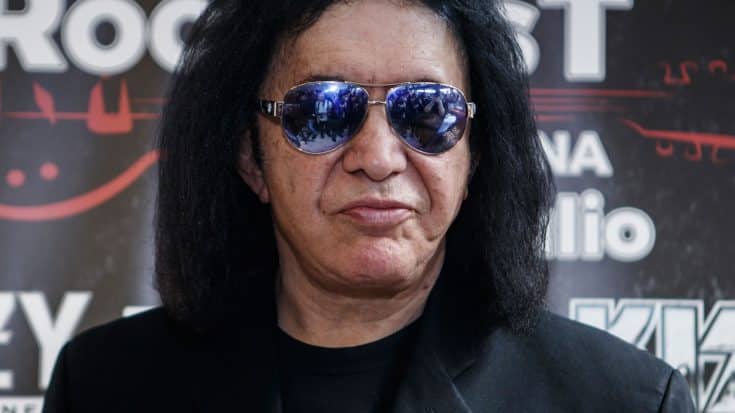 Did Something Similar For Vinnie Paul’s Brother In 2004

Tomorrow afternoon, friends and family of late Pantera drummer Vinnie Paul will gather in his native Texas to lay him to rest, one week after his death at the age of 54.

He’ll be dressed in his signature hat, flannel, blue jeans and bedazzled slippers, and thanks to an incredible act of kindness from an old friend and hero, Vinnie Paul will be resting in serious style – just like his brother, Dimebag Darrell.

According to our friends at TMZ, Vinnie Paul will be buried in a custom KISS Kasket, identical to the one Dime was buried in when he died in 2004. Gene Simmons and Paul Stanley gave the casket to the Abbott family as a gift in the days following Vinnie’s passing, making for one seriously unforgettable act of kindness towards a family grieving the loss of yet another son.

Quite frankly, we wouldn’t expect anything else; both of the Abbott boys were huge KISS fans, their warm, fun loving personalities made it impossible to not love them to pieces and as best friends who lived in each other’s pockets until Dime’s death, it’s only right that they should rest side by side in identical caskets.

Much like brother Dime, Vinnie Paul was loved beyond measure by his friends in the rock world. Alice In Chains guitarist Jerry Cantrell told Rolling Stone that he’ll miss Vinnie’s “friendly pair of eyes. Every time you’d look in ’em they’d look the same looking back at you,” no matter where you were in the world when you crossed his path.

It was that same genuine Abbott boy Southern hospitality that saw Eddie Van Halen place his original black and yellow striped Bumblebee Charvel Hybrid VH2 in the casket with Dime, reasoning that “an original should have an original.” Given the rock world’s immense love and respect for Vinnie Paul, it’s likely that he’ll be given something special to take into the afterlife with him, too.

Vinnie’s funeral tomorrow will be a private affair for family and friends, but there’s a public memorial set for Sunday at 3:33pm for those of you in the Dallas area who’d like to swing by and pay your last respects.

LINE FOR WRISTBANDS BEGINS AT
12 NOON ON SUNDAY
NO ADVANCE TICKETS, LINES OR LISTS pic.twitter.com/Pm7spDyA19

Be sure to arrive at The Bomb Factory at 2713 Canton St Deep Ellum, Dallas, TX 75226 by 12pm in order to receive your wristband into the event, which begins at 3:33pm on the dot. There will be no wristbands, VIP lines or guest lists for Vinnie’s memorial, so plan on being there a little early Saturday morning to make sure you get your wristband.