Geddy Lee Reveals Some Major News Regarding The Future Of Rush—This Is A Relief! 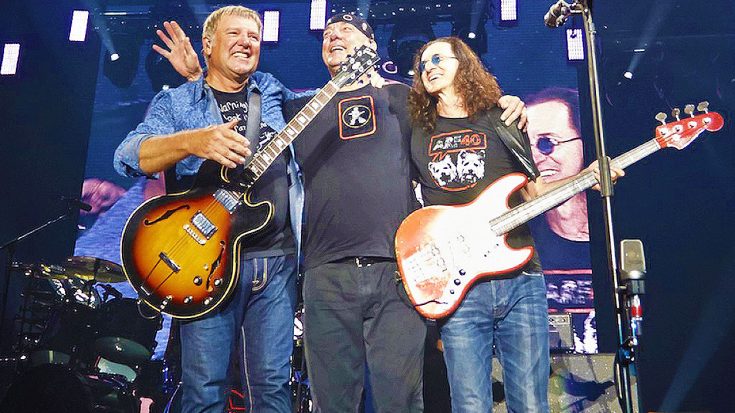 It’s the trio, or bust

Rush fans, you are now allowed to relax, take a sigh of relief and be content, because Geddy Lee just cleared up some major details of the band’s future that many of you had concerns about!

There’s no doubt in our minds that you want to see more of Rush in the future, and we don’t blame you. But the band pretty much treated their R40 Tour as their last hoo-rah. Rush have stated that they are retired from touring, but might be open to doing one-off shows at some point down the line. If one thing’s for certain, however, if they do tour again you count on the fact that Rush will never pull an AC/DC, and hire someone else to replace another member!

Lee revealed in the band’s new documentary that the three members made a pact and promise that they would only tour if, and only if, it were the three of them!

“We always said that if the three of us aren’t on board, we don’t do a thing. So, one guy doesn’t want to do that thing anymore that I love to do. That hurts. But there’s nothing I can do about it and that’s part of the agreement.”– Lee said.

Although it would be unfortunate if some members were stubborn and unwilling to tour while others were, this is the way it should be. Taking some circumstances into consideration (i.e. health, death, family/personal issues etc.), if a band member is unwilling to tour, and doesn’t give the band their blessing to replace them, the band should respect their wishes and not tour. It’s great to see the members of Rush are understanding of each other and respect each other’s wishes! Plus, I don’t think anyone would want to see anyone else except Lee, Neil Peart or Alex Lifeson playing on stage at a Rush show. They’re irreplaceable.

Hopefully the members will eventually decide to perform together again!