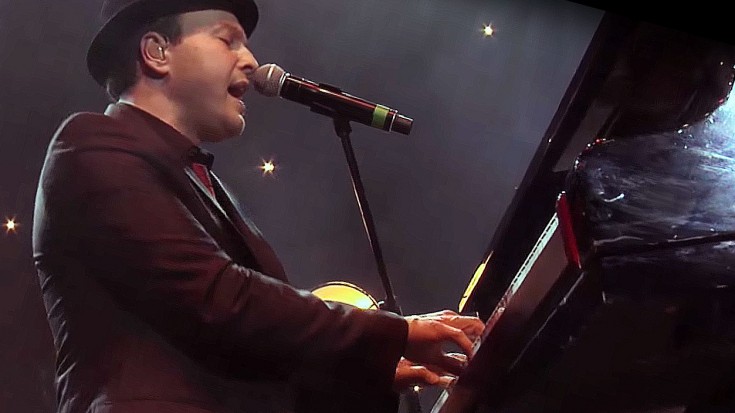 As the rock world begins to gradually usher in a new generation of singers, songwriters, dreamers and visionaries to carry the torch when the greats are gone, it’s artists like platinum selling singer-songwriter Gavin DeGraw who are first in line to keep our music alive – and with performances like this, it’s easy to see why. In 2015, DeGraw embarked on his critically acclaimed European acoustic tour where fans saw him perform a broad range of crowd favorites- from 2003’s smash hit “I Don’t Want To Be” to “Who’s Gonna Save Us” from 2013’s Make A Move – but it was his thundering take on a Paul McCartney classic that brought the house down in a performance that can only be described as positively electrifying!

Fun Fact: Paul McCartney’s “Maybe I’m Amazed” has been called one of the greatest love songs ever written, and certainly the best ever written by the former Beatle.

Filmed in Oslo, Norway while touring acoustically for the very first time and armed with only his piano, drummer Michael Baker and guitarist Billy Norris, Gavin brings McCartney’s “Maybe I’m Amazed” to a brand new generation plagued by auto-tuning and hollow lyrics, reminding them what music should sound like and better yet, what it should make you feel – which, after watching this show stopping performance, is everything.

With every pound of every piano key, Gavin’s heart is on display for the world to see and while he’s no stranger to baring his soul for his art, there’s something innately special about watching an artist of his caliber share his heart through a musical influence that no doubt helped guide his path as one of the most celebrated musicians of the 21st century – and it’s something you definitely don’t want to miss!