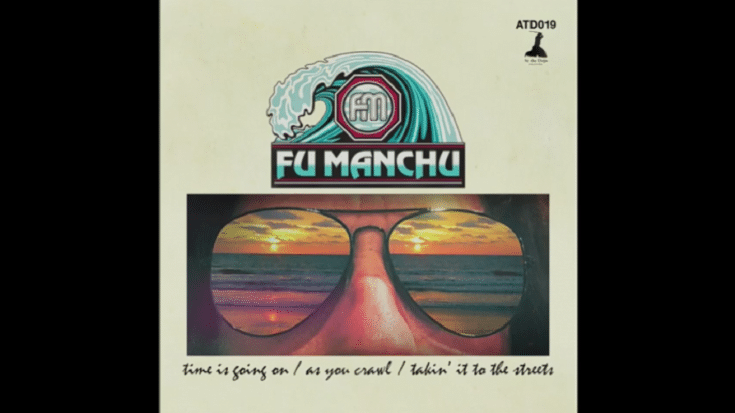 Even Patrick Simmons Is Impressed

Fu Manchu celebrated their 30th anniversary by dropping a cover of The Doobie Brothers’ 1976 classic tune “Takin’ It To The Streets.” Frontman Scott Hill first heard the song from his father.

He told Ultimate Classic Rock, “I have been a big Doobie Brothers fan ever since I was a young kid. My dad would play “Babylon” by Blue Cheer and “Takin’ It to the Streets” back to back all the time. Whenever we would go to the beach to surf or go to ride dirt bikes, that was his very mini-playlist, so it became my playlist.”

He added, “To this day, I play both of those songs back to back and they remain favorites. Then I remember seeing the Doobie Brothers on What’s Happening!! when Rerun gets busted by the band for trying to bootleg the concert. Such a great show! I mentioned doing “Takin’ It To The Streets” to the rest of the guys, and they are big Doobie Brothers fans as well, so we kind of laughed and went for it.”

Due to the coronavirus outbreak, Fu Manchu’s 2020 Tour was called off so they’re taking this downtime to work in the studio instead. Check out the cover below.