Freddie Mercury Says THIS About David Bowie In Rare Interview 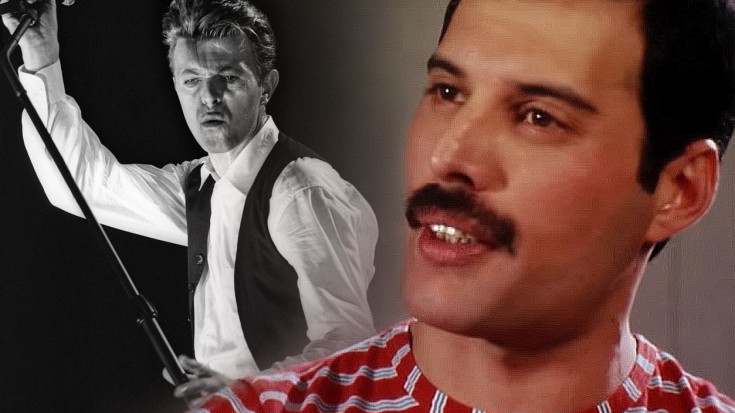 “To Dream About Making A Song With Him Is Beyond My Capabilities.”

It’s the mark of a truly great friendship when you can disagree with each other and 5 minutes later have nothing but good things to say to each other. That’s exactly what happened in the case of legends Freddie Mercury of Queen and David Bowie, who prior to Mercury’s death in 1991 enjoyed a lengthy friendship dating back to 1972 that, as with any friendship, was marked with occasional periods of disagreement.

Despite having disagreements over fairly major things, such as David Bowie wanting his vocals from Queen’s “Cool Cat” removed the day before the album was due for release, Freddie never had an unkind word to share about his friend, coming to his defense immediately when an overzealous talk show host tried to pry a feud from Mercury where there wasn’t one.

“Oh, we’re speaking to each other, we’re just in different parts of the world. He’s alright, he’s okay. We’ve been friends a long time back” – Freddie in response to a rumor that he and Bowie were no longer on speaking terms.

The two would unfortunately never get the chance to work together again but in 1992 David took to the stage in Freddie’s honor, delivering a world class performance of “Under Pressure” with Eurythmics singer Annie Lennox.

With David Bowie’s January 2016 death at 69, we’re confident that he and Freddie are together again somewhere in the afterlife, having a good laugh and performing their hearts out!