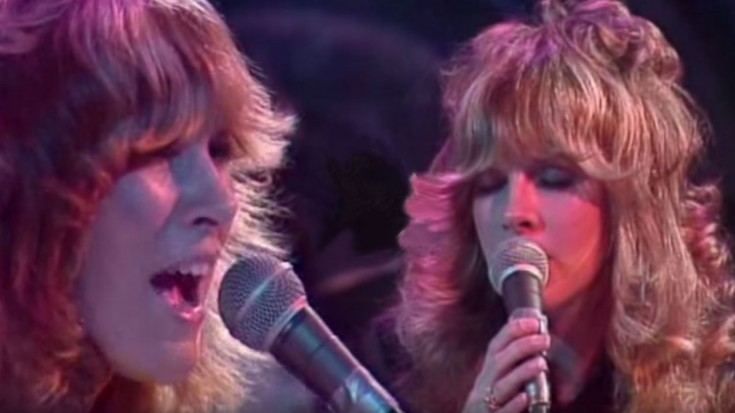 Stevie Nicks A Total Babe In This Rhiannon Video

We’re going back in time to 1976 in the early days of Fleetwood Mac. One thing you’ll notice is just how beautiful Stevie Nicks was and still is! In this live performance they do “Rhiannon” which is one of their more popular songs and was listed as the #488 of The 500 Greatest Songs of all time according to Rolling Stone Magazine.

Basically Stevie heard about who Rhiannon was, wrote the song and it wasn’t until after they were performing it that she really knew who Rhiannon was: a Welsh witch…but a good one. Anyways, she embodied the idea which is why you see her outfit kind of has that look.

One thing for certain is the chemistry that Stevie and Lindsey always had and still have to this day! Just think that it’s been almost 40 years and they are still playing together!