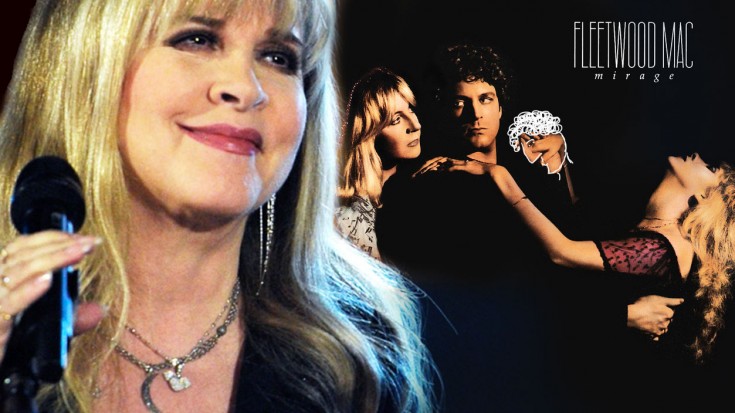 All good things come with humble beginnings, and Fleetwood Mac’s iconic ‘Gypsy’ is no different! This exclusive demo was recorded in early 1980 by Stevie Nicks in hopes of including it on her debut solo album Bella Donna, but ended up being used for Fleetwood Mac’s 13th studio album Mirage following the death of Nicks’ best friend Robin Snyder.

Unlike the album version that made it onto Mirage, this rendition of ‘Gypsy’ is extremely organ heavy, as opposed to the delicate keyboards provided by Christine McVie on the final version.

It’s also about a half step faster than the album version, fitting in with Stevie’s intended debut album’s overall upbeat feel.

It’s amazing, though – Stevie Nicks is one of those artists whose demos never differ too much from the final cut! I don’t know how she does it, but what comes out in the demo is almost remarkably similar to the finished product, with a few key differences but still otherwise perfect. This demo rendition of ‘Gypsy’ fits that bill to a T, and it’s one I’m sure you’ll love as much as the original!

And it all comes down to you
Well, you know that it does
Well, lightning strikes, maybe once, maybe twice
Ah, and it lights up the night
And you see your gypsy
You see your gypsy

To the gypsy that remains
Faces freedom with a little fear
I have no fear, I have only love
And if I was a child
And the child was enough
Enough for me to love
Enough to love

And it all comes down to you

I still see your bright eyes, bright eyes
And it all comes down to you