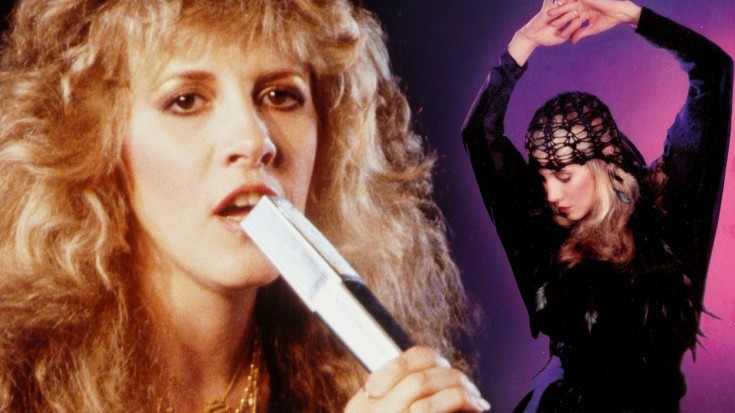 A tribute to her late friend Robin, Stevie Nicks of Fleetwood Mac wrote ‘Gypsy’ in 1982 and it was featured on the band’s album Mirage. Watching Fleetwood Mac perform it, however, is another thing entirely – there’s something inherently bewitching about Stevie Nicks and her stage presence, and flanked by the backing harmonies of Christine McVie and Lindsey Buckingham she’s unstoppable as she belts her way through ‘Gypsy’!

There are two points of inspiration behind ‘Gypsy’, as stated by Stevie Nicks. The first of which is a point of nostalgia for Nicks: her life before Fleetwood Mac, and the second being a tribute to someone’s passing.

This iconic performance took place on Fleetwood Mac’s 1997 The Dance tour, the band’s highest grossing tour of their entire career.

Even after all these years, Fleetwood Mac’s still got it; their musical legacy is only overshadowed by their reputation for putting on amazing, high energy live shows, and they’re only only getting better with each passing year!

And it all comes down to you
Well, you know that it does
Well, lightning strikes, maybe once, maybe twice
Ah, and it lights up the night
And you see your gypsy
You see your gypsy

To the gypsy that remains
Faces freedom with a little fear
I have no fear, I have only love
And if I was a child
And the child was enough
Enough for me to love
Enough to love

And it all comes down to you

I still see your bright eyes, bright eyes
And it all comes down to you