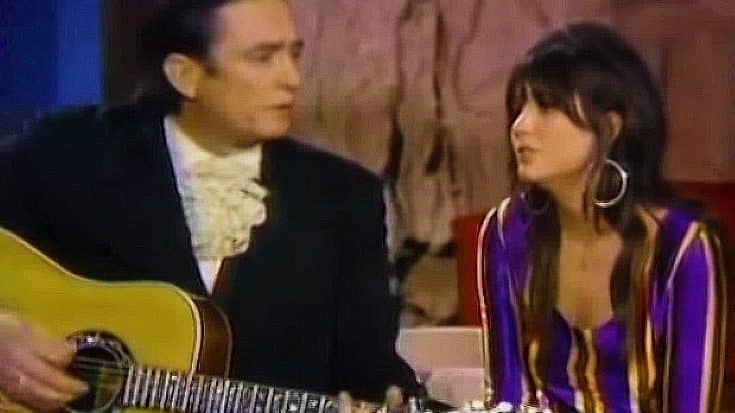 I don’t think there’s a single, solitary person alive immune to Linda Ronstadt’s charm. The perfect storm of beauty, sweetness, and a voice like you wouldn’t believe, Ronstadt endeared herself not just to her millions of fans all over the world but to those with whom she worked side by side for the duration of her glowing career, including late legend Johnny Cash.

The 23-year-old singer became a well loved guest of The Johnny Cash Show, appearing for the first of four times on June 21st, 1969 to perform a duet of popular folk tune “I Never Will Marry” with Cash; the mournful tale of a woman who’s lost her lover and with nothing to live for takes her own life, “I Never Will Marry” features Ronstadt in her often photographed purple and gold dress supporting Cash with backing vocals before jumping in for the song’s chorus and the next verse.

Fun Fact: Linda Ronstadt’s eighth studio album, Simple Dreams (which included this song) was a huge success and sold more than 3½ million copies in less than a year – and that’s in the United States alone.

There’s absolutely no denying that this was a performance for the ages that saw Linda capture hearts across America with this folk classic and ensure that her next three appearances alongside the Man in Black would be even more memorable, if not more so.