Flashback: Skynyrd Gets A Little Help From Their Friends For An All Star Jam Of J.J. Cale’s “Cocaine” 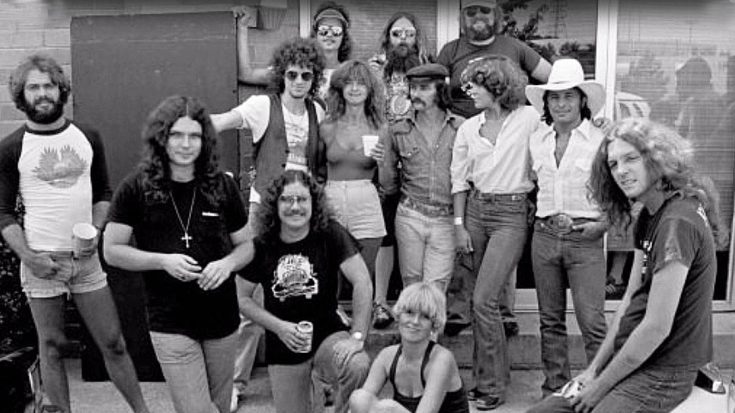 Superjam 1978 At Studio One

One year after the plane crash that claimed the lives of three of their own, the surviving members of Lynyrd Skynyrd were approached by Charlie Daniels to participate in his upcoming 5th annual Volunteer Jam and after tentatively saying yes, Allen Collins, Gary Rossington, Artimus Pyle and Billy Powell converged on Doraville’s Studio One to rehearse for their return to the stage.

This wasn’t just any old rehearsal, though; as soon as word got around that the boys were nearby and rehearsing, Studio One was suddenly host to everyone from Dickey Betts and Bonnie Bramlett to Atlanta Rhythm Section’s Barry Bailey and Robert Nix and everyone in between as they poured in with well wishes and instruments for what turned out to be a series of lengthy, late night jam sessions with Lynyrd Skynyrd.

Fun Fact: These superjams started sounding so good that a few of the sessions were recorded, the best of which were broadcast by local radio.

As Gary Rossington describes it, one particular night included an all-star jam session of J.J. Cale’s “Cocaine” at the suggestion of Lenny LeBlanc, who shared vocal duties that night with Wet Willie’s Jimmy Hall while Charlie Daniels played bass, Gary and Allen took over on guitar, Billy and Taz DiGregorio shared piano and organ duties and drummer David Dix held the entire thing together from behind his kit. One of the greatest superstar jam sessions we’ve ever heard from Lynyrd Skynyrd and some of their closest friends, “Cocaine” takes on a life of its own and it’s one that you’re sure to enjoy!