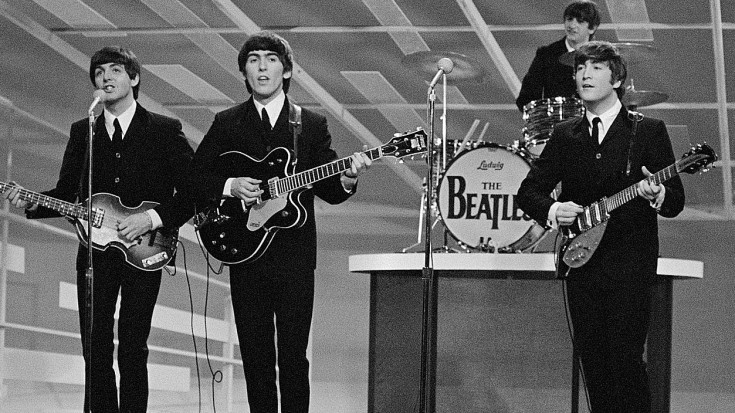 When 73 million Americans tuned into The Ed Sullivan Show at 8pm sharp on February 9, 1964 they had no idea that they were watching history in the making. The Beatles, only on American soil for less than 48 hours by the time they took the stage that night had no idea either that the next hour of their debut would come to define an entire generation and be the catalyst for a vast musical career that would influence quite literally every rock band thereafter in some way.

Sure, they’d been dominating the charts in the weeks leading up to their appearance on The Ed Sullivan Show, holding fast to Billboard’s coveted #1 slot on the Top 100 – but from the moment a 22-year-old Paul McCartney uttered the very first “Close your eyes…” of The Beatles’ “All My Loving,” the world was moved in a way not seen since another iconic rocker made his big debut across that very same stage just a few years earlier.

In fact, for many Beatles fans who watched the Fab Four from their living rooms as teenagers, the band’s debut is as embedded in their identity as the assassination of President Kennedy – no matter who you are, you’re unified by the fact that you’ll always remember where you were, who you were with, and what you were doing at that very moment.

A Beatles Fan Explains The Phenomenon That Night:

“I was so nervous, sitting through the TV show, ‘My Favourite Martian.’ It seemed endless. Then, there was Sullivan, the opening credits, and a commercial… The Fab Four themselves. Tears running down my cheeks. I had no idea what was happening to me. This was out of bound for me…”

Even watching footage of that night just sends chills down your spine – it’s that electric feeling of knowing that you’re watching one of the biggest moments in pop culture history unfold before your very eyes and if you didn’t understand the frenzy that was Beatlemania before, you do now.