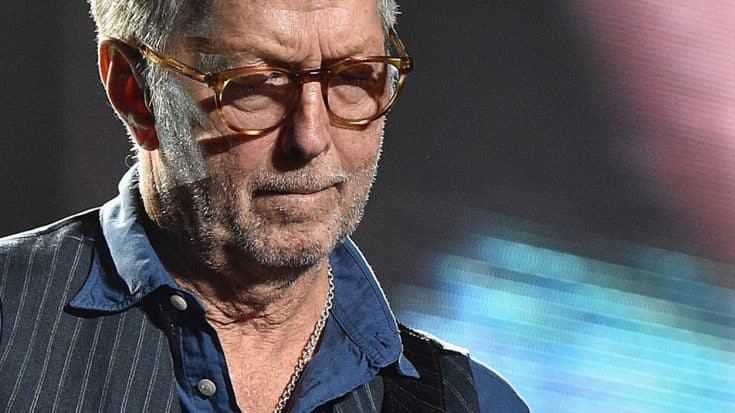 Latest Revelation Is Nothing Short Of Crushing

Revered the world over as one of the greatest musicians to ever pick up a guitar, living legend Eric Clapton delivered a heartbreaking confession this week that’s sure to leave fans in disbelief – one that’s leaving him more than a little anxious when he thinks about his 2018 performance calendar.

In an interview with Steve Wright on BBC Radio 2, 72-year-old Clapton revealed that he’s going deaf as well as struggling to play the guitar, confessing his mounting anxiety about his ability to play and “sing proficiently” as various ailments – including tinnitus, a ringing from inside the ear – threaten to rob him of his craft.

“I am still going to work. I am going to do a show at Hyde Park in July; the only thing I am concerned with now is I am going deaf, I’ve got tinnitus, my hands just about work,” admits Clapton.

Thank you for your lovely comment and Happy New Year. I want to go to every country, But it's impossible. Wait for another tours. #ericclapton www.ericclapton.com

While those things don’t appear at the moment to spell a death sentence for a career that spans half a century, Clapton’s concern is totally understandable; every musician’s worst fear is that the day will come when they’ll no longer be able to do what they love through no fault of their own and for a legend like Clapton, who has made a career out of using his guitar and voice as a safe haven through his darkest days and a joyous tool to celebrate the happiest moments any man could ever ask for, working through these challenges must be nerve racking on a level the likes of which I wouldn’t wish on my worst enemy.

Clapton hopes that “people will come along and see me, me more than I am a curiosity” for as long as he’s able to continue performing, understanding the intrigue that comes with seeing someone in the flesh who’s survived literally everything that life’s thrown his way. Despite this very valid concern, something tells us that Eric Clapton doesn’t have to worry about fans turning out to watch real magic happen; we’ve been with him this long, and we don’t plan on going anywhere anytime soon.