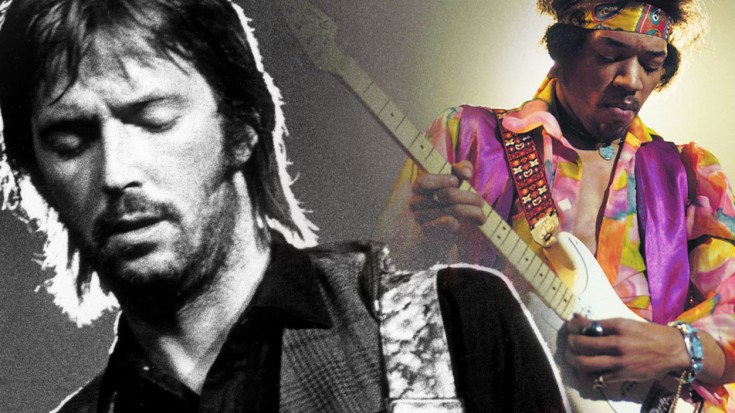 The greatest gift that one genius can give another is a challenge; Jimi Hendrix did just that for Eric Clapton before his death in 1970, an event Clapton still grieves to this day. Shortly after Hendrix’s death, Clapton performed a moving tribute of Jimi’s ‘Little Wing’ with his shortlived band Derek and the Dominos that even Jimi would have absolutely fallen in love with. If there was ever another guitarist alive that was worthy of Jimi’s competition and friendship, it was Eric!

The song is particularly revered among guitar players. Tom Morello wrote in this 2011 tribute to Hendrix in Rolling Stone: “It’s just this gorgeous song that, as a guitar player, you can study your whole life and not get down, never get inside it the way that he does.”

Together with band members Bobby Whitlock, Carl Radle and Jim Gordon, Clapton delivered a rendition of ‘Little Wing’ that managed to be both soulful and still hold on to the spirit that attached itself to everything Jimi ever wrote, and did proper justice to the legacy of a man we didn’t have nearly enough time with.