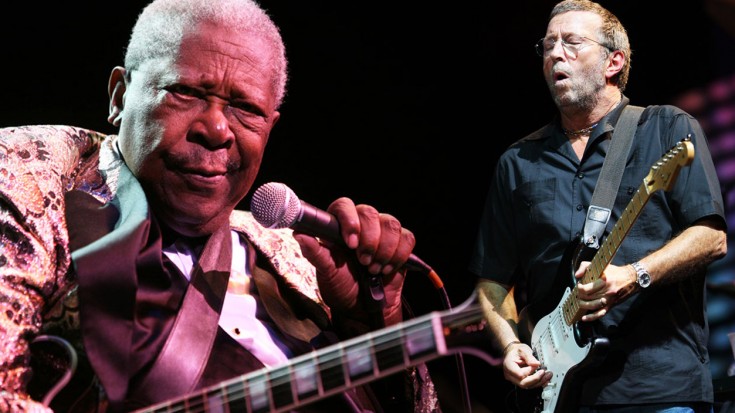 King and friends are nothing short of brilliant

There really are no words when it comes to watching BB King on stage. The energy be gives off is electric, he oozes confidence, and it beyond comfortable with a mic in his hand, and a guitar on his lap.

With a little added help from his bands; Eric Clapton, Robert Cray and more… King expresses his gratitude, “they treat me so well I’ve begun to feel special“. These young men that have looked up to this blues icon are now a part of the very thing they dreamt of as young musicians.

“The Thrill is Gone” was B.B. King‘s biggest hit. King didn’t have much success on the charts, but is and was a blues legend and extremely influential in his own right.

King recorded the song several times but didn’t like any of the results. Producer Bill Szymczyk (most famous for producing the Eagles) called King at 4:00 a.m. and suggested the addition of strings (King later said that he’d agree to just about anything at that time of the night).

The addition polished up the recording that gave King his first million-selling record.