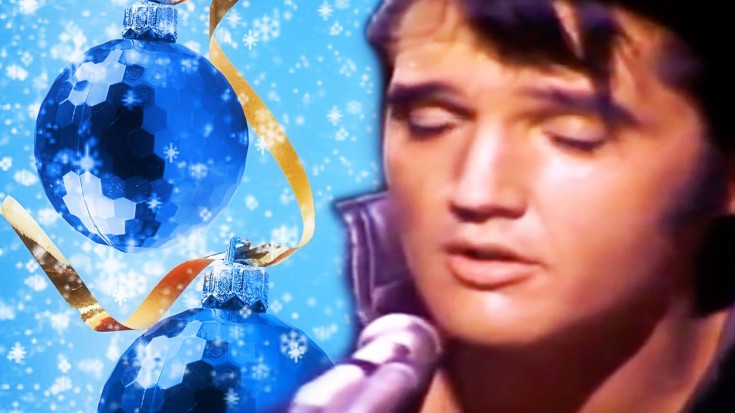 Elvis Presley’s famed 1968 comeback special is about as iconic as a performance gets. Sure, we all remember the costume changes and musical nods to his early days as a hip swiveling deviant who struck fear into the hearts of mothers everywhere, but it’s the segment featuring Elvis dressed in a black leather suit and armed with only an acoustic guitar and a handful of musicians sitting around him that sticks out in our minds as the moment we all knew – the King was back, and he was taking back his crown.

Fun Fact: Despite huge success in both his music and acting careers following his release from the army in 1960, Presley never toured in the United States from 1962 to 1968.

An acoustic set that included some of his earliest work dating back to his days with Sun Records (if you’ve never seen him do “Trying to Get to You,” go now – you’re missing out), Elvis took advantage of the special’s December 3, 1968 airdate with an extra special, extra spicy take on “Blue Christmas,” one of his favorite Christmas tunes and one he first recorded more than a decade earlier. From the hysterically crying girls in the audience to his bandmates yelling at him to “play it dirty, play it dirty!” you’d think that this Ernest Tubb original was anything but a wholesome, if not a little lonely, Christmas song – but that’s the power of Elvis Presley at work!