Elton John Sits Down At A Piano In A London Train Station, And Treats Travelers To Surprise Performance! 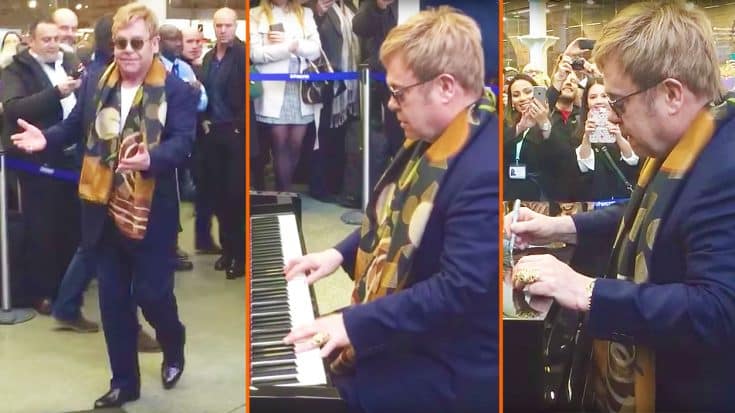 Elton is just too cool for words

Imagine being in a train station in London. It’s crowded, you’re trying to run around the station with your belongings to figure out what time your train leaves, or arrives. But all of the sudden, you notice a piano in the middle of the station that’s roped off, and people huddled around it. You walk up, and the next thing that happens is something that you can only think of in your wildest dreams: Elton John sits down at the piano and begins playing!

Well, scenario is exactly what happened in a London train station recently. Elton John surprised the travelers and performed an impromptu piano jam on a stray piano located in the train station. Many gathered around to see the legend perform for about 3 minutes. He played snippets of his classics, including a small piano riff from his hit classic “Bennie and the Jets.” Following his brief jam, Elton signs the piano, and donates it to the station as a gift!

It’s an amazing that we’re happy was documented! Check out the clip down below, and let us know what you think!